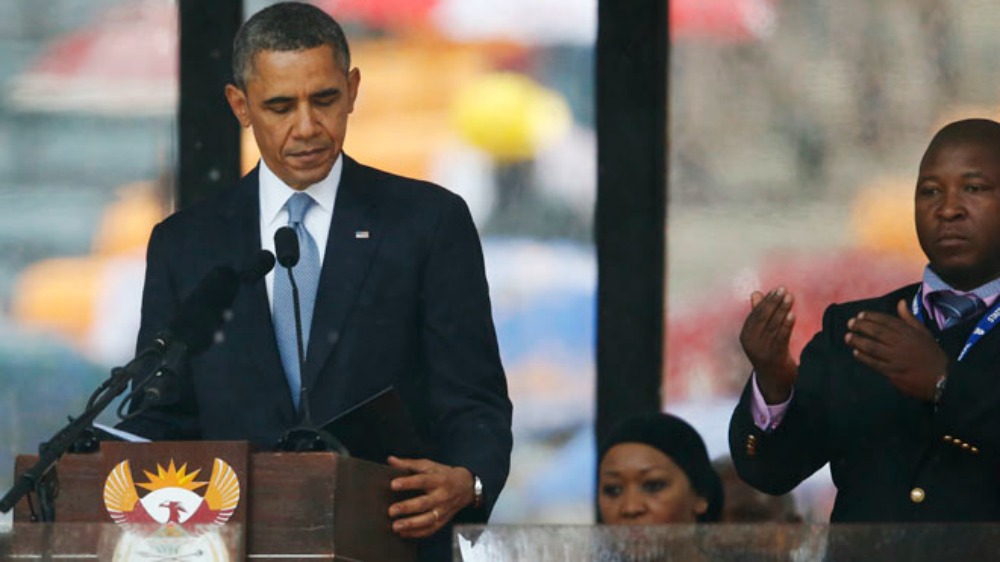 BREAKING NEWS – Johannesburg, South Africa – Local police, and security from many nations still don’t know the identity of a man that stood next to President Obama and other heads of state, providing sign language interpretation at Nelson Mandela’s memorial. It was determined early on that the man was a “fake”, who was making up his own gestures, sign language experts say. According to deaf people at the event, the phony interpreter’s “gibberish” was so garbled, that at one point it appeared that he was saying that he wanted to order a triangular shaped pizza, and the next moment he appeared to say that the majority of kangaroos are drag queens.