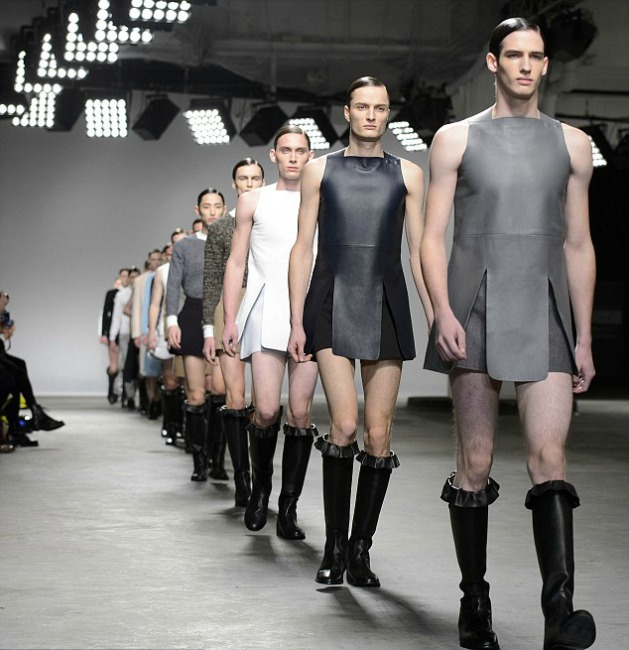 BREAKING NEWS – London, England – Disappointed fashion critics referred to some of the new clothes for men at the London Fashion Show as “outlandish” and “absurd”. One of the critics specifically called a bizarre looking outfit “as a cross between an ancient Roman soldier and an Eskimo going to an outdoor concert January”.