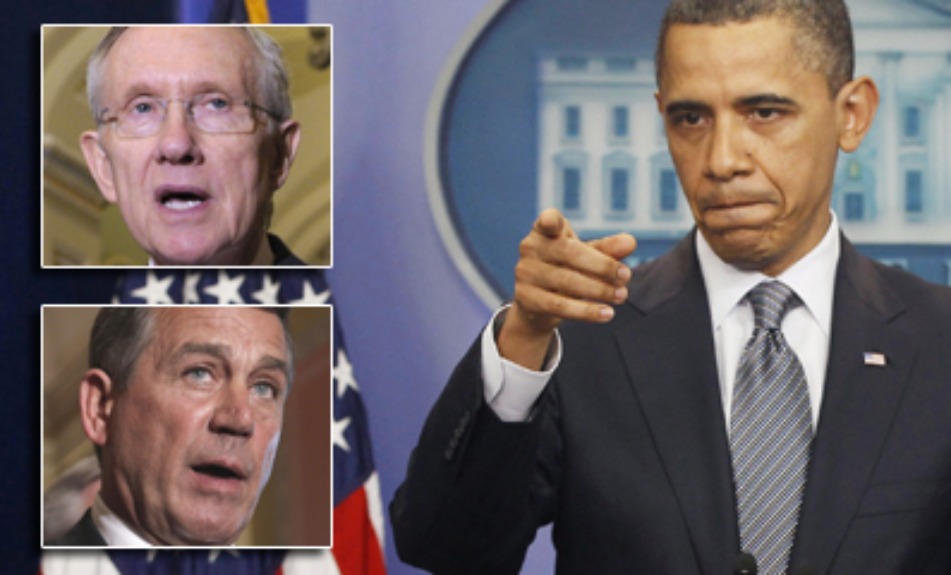 BREAKING NEWS – Washington, D.C. – To the utter surprise to the media at a press conference, President Obama who was angry and frustrated over how long it took for the budget to pass, uses and obscure federal law and has demanded the immediate arrest of Senate Majority Leader Harry Reid and Speaker of the House John Boehner. When the President was asked why didn’t he get a budget passed when the democrats controlled both houses, he demanded the immediate arrest of the reporter from Fox News that asked him the question.