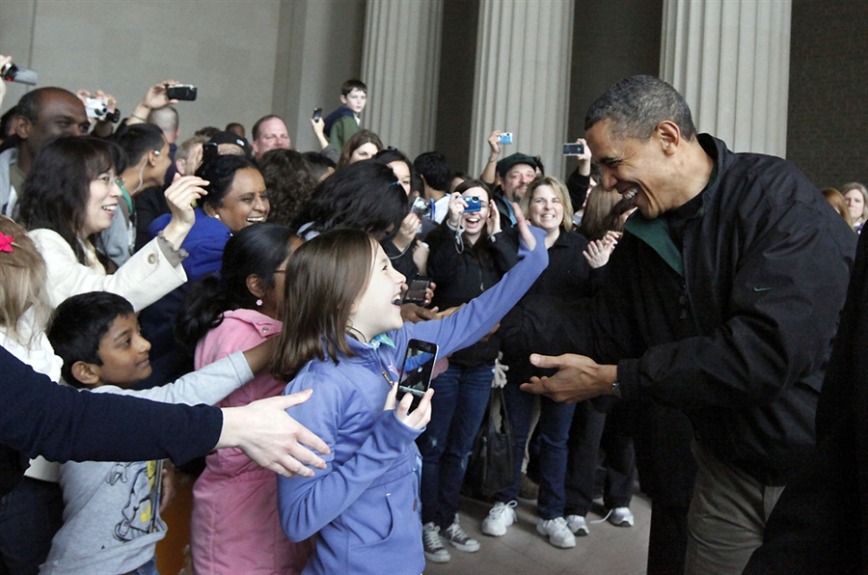 BREAKING NEWS – Washington, D.C. – At the Lincoln Memorial, President Obama remained professional and tactful while insisting that a young girl gives him her camera phone. It was discovered that she accidentally recorded him calling former President Bush telling him, that besides Gitmo, tax cuts, getting Congressional approval to go into another country, and military tribunals, he has other important issue he’s going to flip-flop on in the near future. Bush later stated that he regretted not checking his caller I.D. before answering his phone.