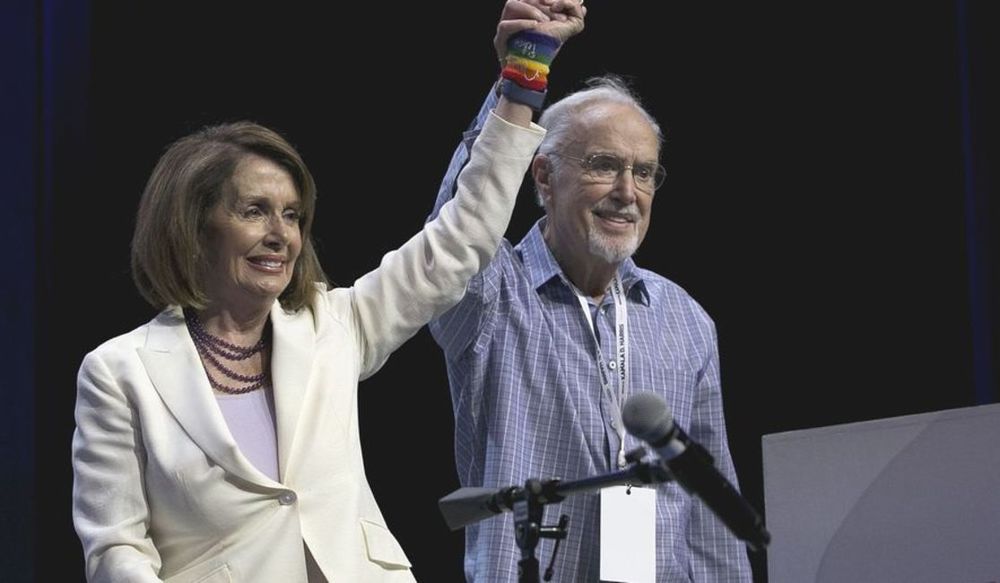 BREAKING NEWS – Sacramento, California – The anti-Trump fervor at California’s Democratic Party their recent convention, can be summarized in choice words from outgoing chair of the California Democratic Party, John Burton: “F*%! Donald Trump.” Burton, 84, stood before thousands of Democratic delegates and as a rallying cry asked the crowd to join in. He then shoved two fists in the air, flipping the bird. Across the room at the Sacramento Convention Center, others onstage and in the audience followed suit. House Minority Leader Nancy Pelosi, D-San Francisco, Rep, Barbara Lee, D-Oakland, state Sen. Toni Atkins, D-San Diego, were also onstage, and all of them encouraged the audience to ‘order’ their young children in preschool on up, to start repeating the words of Burton in their classrooms. “Our kids must learn early,” Pelosi shouted, “that this is the way we patriotic democrats behave toward authority or any opposing opinions!”