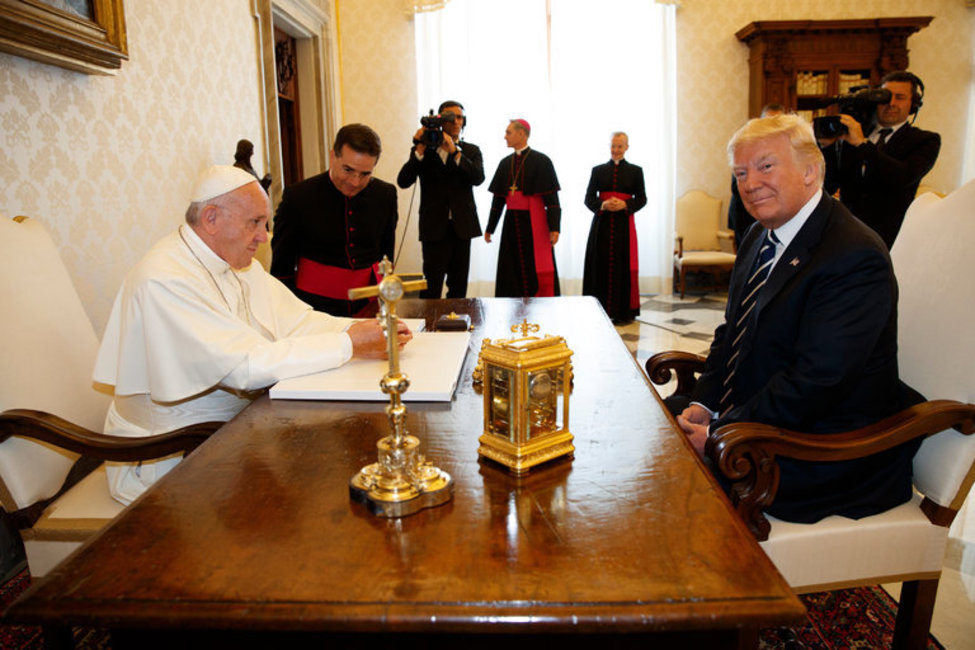 BREAKING NEWS – Rome, Italy – President Trump is seen turning his head away and rolling his eyes, as Pope Francis I attempted to engage him in a discussion. The friction was caused after the Pope told the president that he didn’t like his specific plan to secure the southern border. Trump responded by asking him, “Why are there walls around the Vatican?”