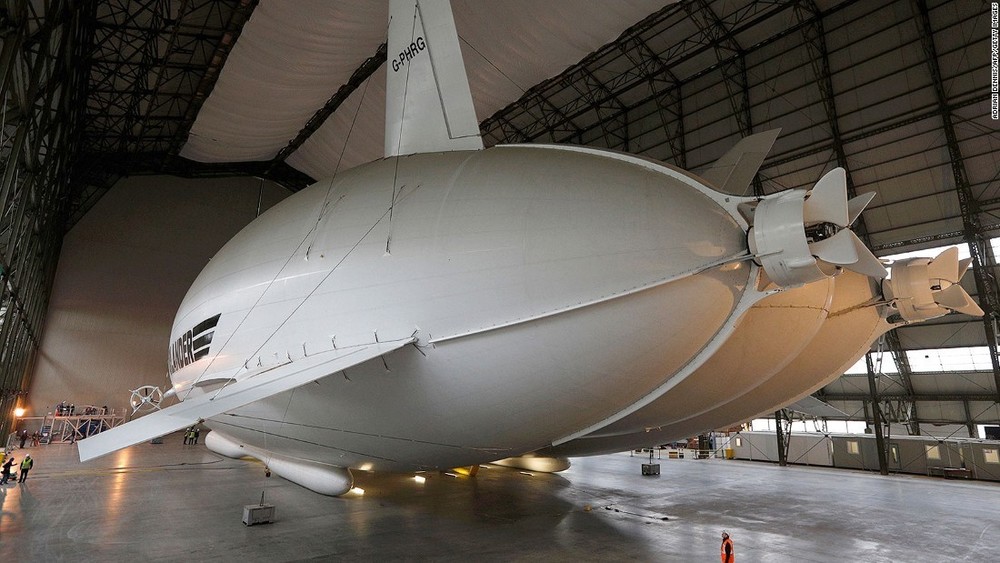 BREAKING NEWS –  West Falls Church, Virginia – A massive airship dubbed the Airlander 10 recently completed a successful test flight, bringing the helium-filled behemoth one step closer to commercial use. Though it looks like a massive blimp, it combines technology from airplanes, helicopters and airships. It is designed to stay aloft at altitudes of up to 20,000 feet for up to five days when manned, according to Hybrid Air Vehicles, the company that built the aircraft. The mammoth 302 feet long, it is the largest aircraft currently flying. It will be used primarily to transport morbidly obese people that usually have to pay two fairs on commercial jets to be seated comfortably. The Airlander 10 will also be used to fly “oversize people” to and from the annual Jenny Craig conventions, plus it can be chartered with group rates for these same individuals that regular compete in pie eating contests.