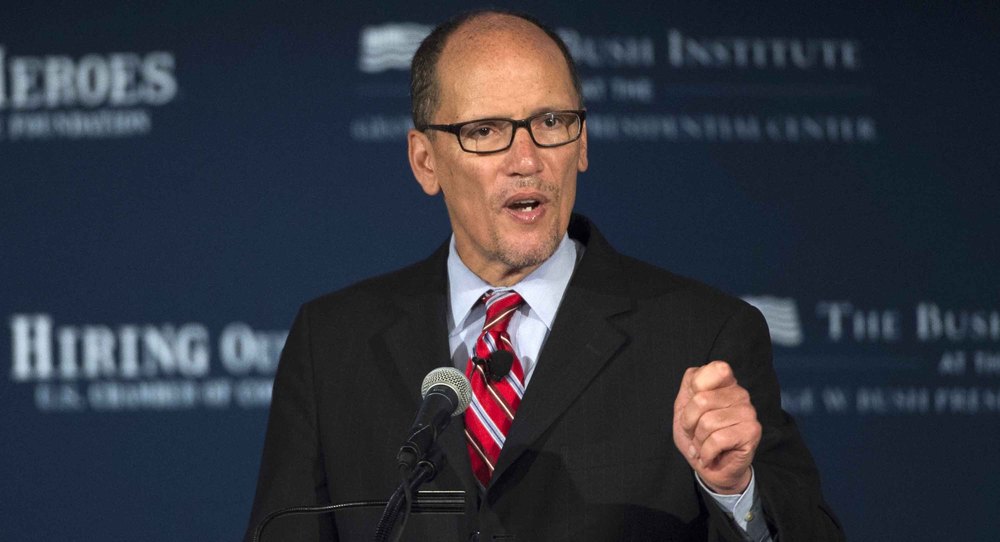 BREAKING NEWS – Washington, D.C. – DNC Chair Tom Perez, referred to President Trump as a “political rookie”. His criticism became more stinging after that. “He obviously hasn’t learned President Obama’s artistic skill of looking the other way in regards to dealing with North Korea. If Trump had even an ounce of brains, he’d let Kim Jong Un acquire his stupid nuclear weapons. And even if he launched a few of them that wipes out several U.S. cities, we should ignore him, until he realizes that his attempt to get our attention has failed miserably!”