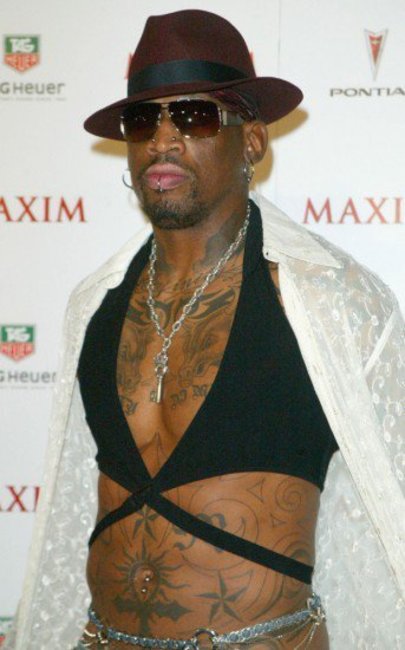 BREAKING NEWS – Washington, D.C. – Former NBA start Dennis Rodman is now being credited for getting Kim Jong Un to back down in regards to firing missiles toward Guam. The North Korean leader is now saying that his country and the United States can work out their differences, and his new position came only an hour after Rodman said he planned to move to North Korea, and be a trend setter for his new men’s clothing line.