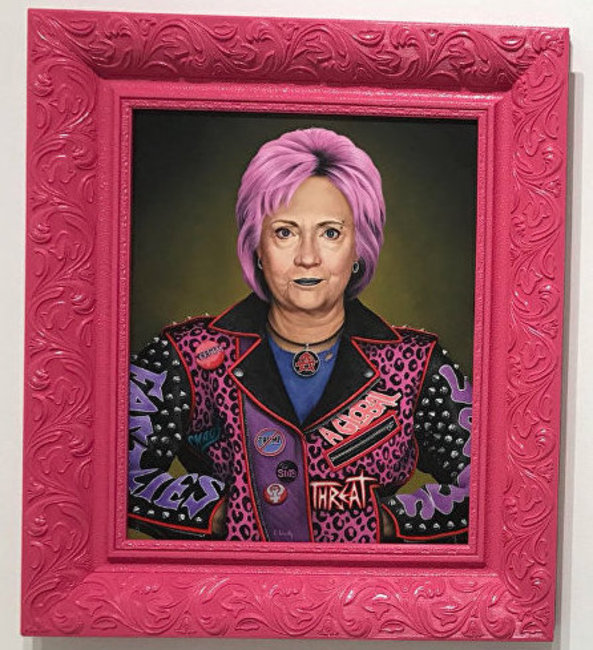 BREAKING NEWS – Miami, Florida – When two security dogs reacted to a suspicious crate before an Art Miami tent opening, Miami police officers briefly shut down the area for a few hours to investigate the possible threat. But when they opened up the offending crate, officers found something else instead: a punky portrait of Hillary Clinton in a studded jacket and shaggy pink haircut, in a neon picture frame to match. Fair director Nick Korniloff said that the two dogs reacted to the crate during a pre-show check shortly after 8 a.m., prompting organizers to clear the site. The package was then searched and the painting of the former Democratic presidential candidate was found inside. The Miami Chief of Police Rodolfo Llanes stated that the dogs have highly sensitive noses in regards to explosives, and they can even detect when a presidential candidate runs for office, that eventually “bombs.”