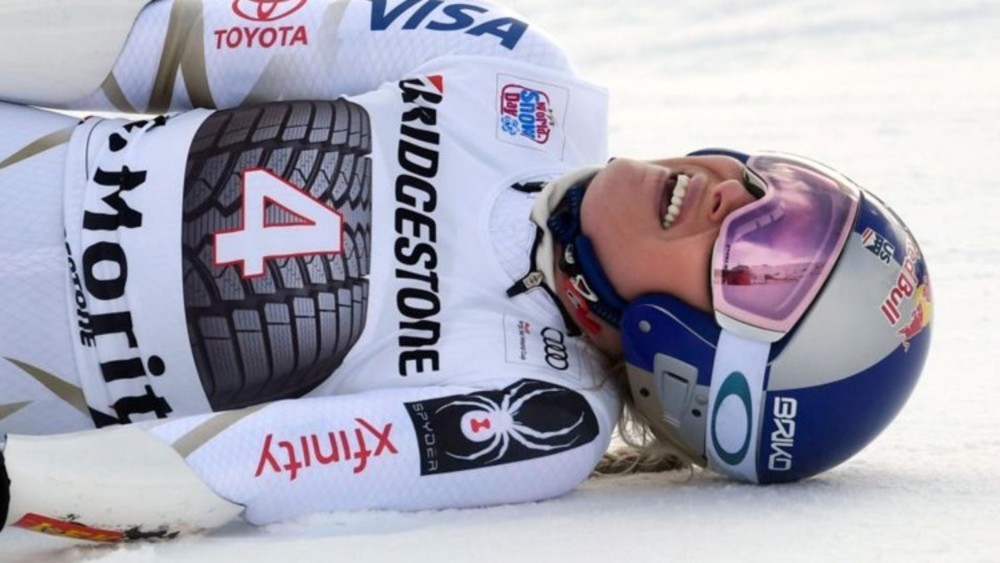 BREAKING NEWS – St. Moritz, Switzerland – Skiing star Lindsey Vonn suffered a back injury during a World Cup super-G race in Switzerland Saturday, two days after she criticized President Donald Trump in an interview about next year’s Winter Olympics. She crossed the finish line in obvious distress, almost one second behind the then-leader, and slumped to the ground. The two-time Olympic medalist told CNN in an interview that aired Thursday that she would “absolutely not” visit the White House if the United States Olympic team gets a traditional post-games invitation, and she’ll be representing the “people of the United States, not the president.” Maxine Waters say she thinks it’s more than a coincidence that Vonn was injured shortly after her dissing President Trump. “I would like to launch a congressional investigation on how she was injured, and I have no doubt that Trump is responsible, with some assistance from Russia. According to my sources, Trump contacted Putin and had some unauthorized snowflakes secretly flown in from Siberia which were placed on the slopes, that caused Lindsey’s injuries. I think evidence should be immediately gathered from the crime scene on the mountain where she was skiing. And if no two snowflakes are alike in the area, that emphatically proves that they were smuggled in from Siberia. Again, more Russian collusion! Impeach 45!”