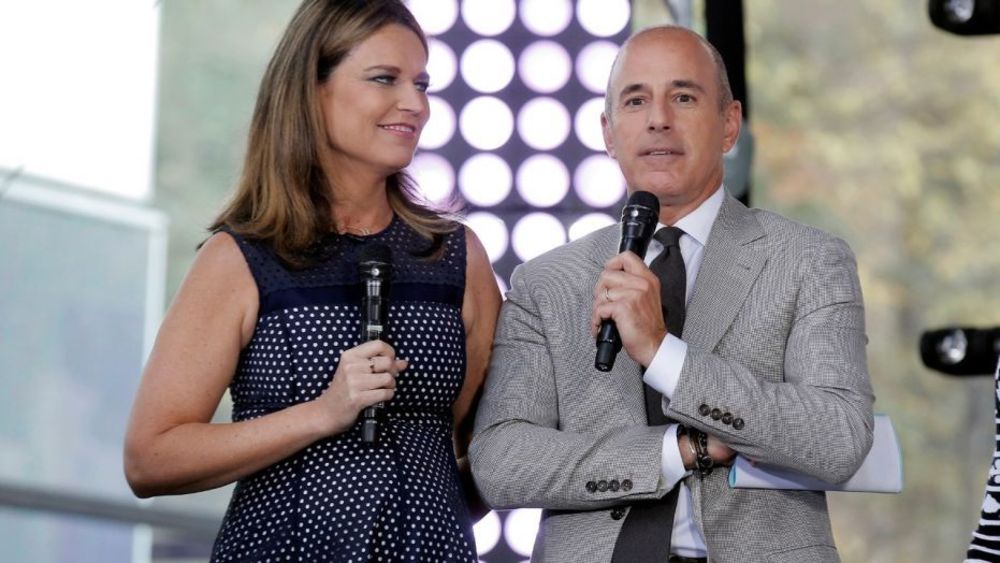 BREAKING NEWS – New York City, New York – Since Matt Lauer was fired for inappropriate sexual behavior, “Today” has been the most-watched morning show for back-to-back weeks. NBC executives released a written statement explaining the spike, concluding that it was a combination of three things. “We believe that some of the viewers are tuning in temporarily to watch the current train wreck. Plus, female viewers are returning that never forgave Lauer for getting Ann Curry fired five years ago. And predators, perverts, and creeps are now glaring at every woman on camera including the production crew, that they feel were more than likely victims of Matt’s ravenous insatiable handiwork.”