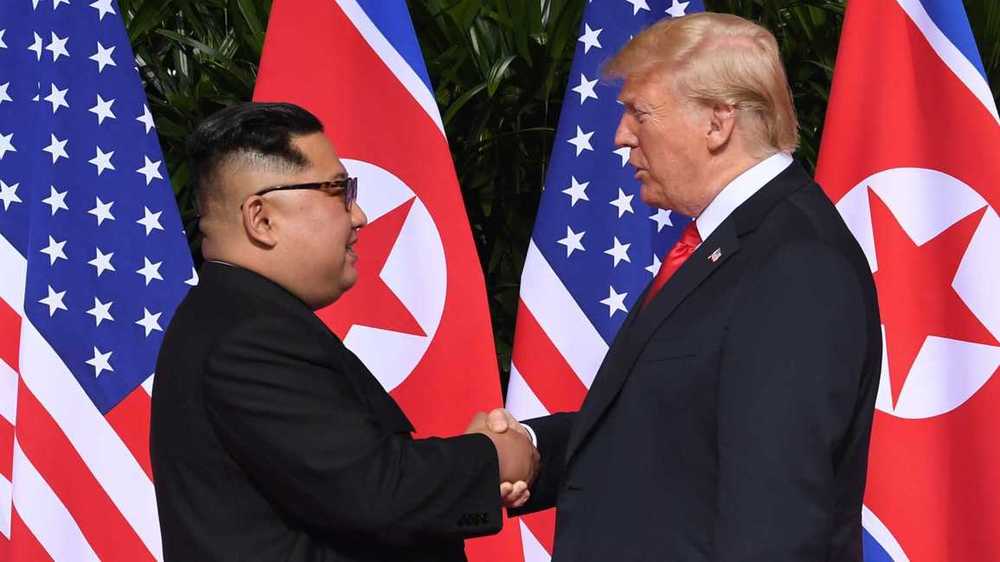 BREAKING NEWS – Pulau Ujong, Singapore – President Trump, on the heels of his historic summit with Kim Jong Un, said he believes the North Korean leader will begin to work toward dismantling his country’s nuclear program “virtually immediately.” The president left Singapore after the two leaders signed a document stating Pyongyang would work toward “complete denuclearization of the Korean Peninsula.” President Obama made his outrage clear on President Trump’s accomplishment. “Why did he get this done so fast? This was suppose to happen after at least five or six meetings if at all, between each country’s representative before the leaders met, and not getting it done on his first try! He did it to make me look weak and he knows it! Trump has violated a traditional protocol by not dragging this out for years! In hindsight, I wish I would’ve done the same thing,to make President Bush look bad!” He choked back tears before he continued. “This man is not presidential!”