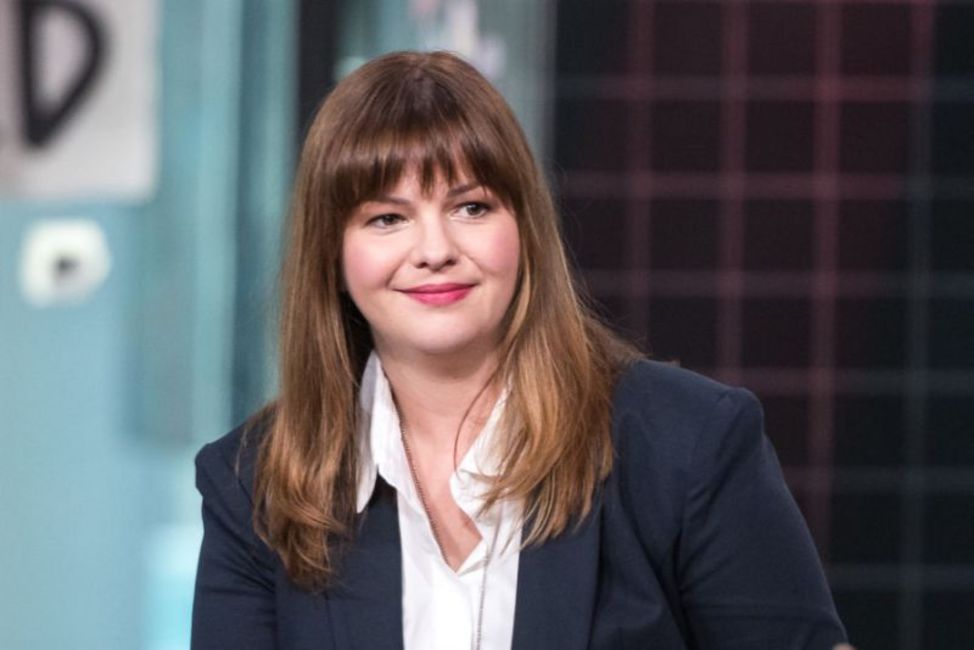 BREAKING NEWS – New York City, New York – Amber Tamblyn shared her grim-sounding story from the 2016 presidential election as well as the impact the aftermath had on her as an expectant mother. The star revealed that she had brief thoughts of having to give her child away to Canada or Sweden in the wake of Donald Trump’s election. The 35-year-old actress, who got her start on the soap opera “General Hospital,” spoke at Vulture Fest’s “Feminist AF” reading series where she shared an essay about her experience at the Javits Center on election night. Several psychologists have stated that when her daughter grows up and finds out that Tamblyn was considering giving her away solely based on an election loss, she will probably conclude that her mother is at least ten times crazier than she thought Donald Trump was, and should placed in the mental world of a General Hospital.