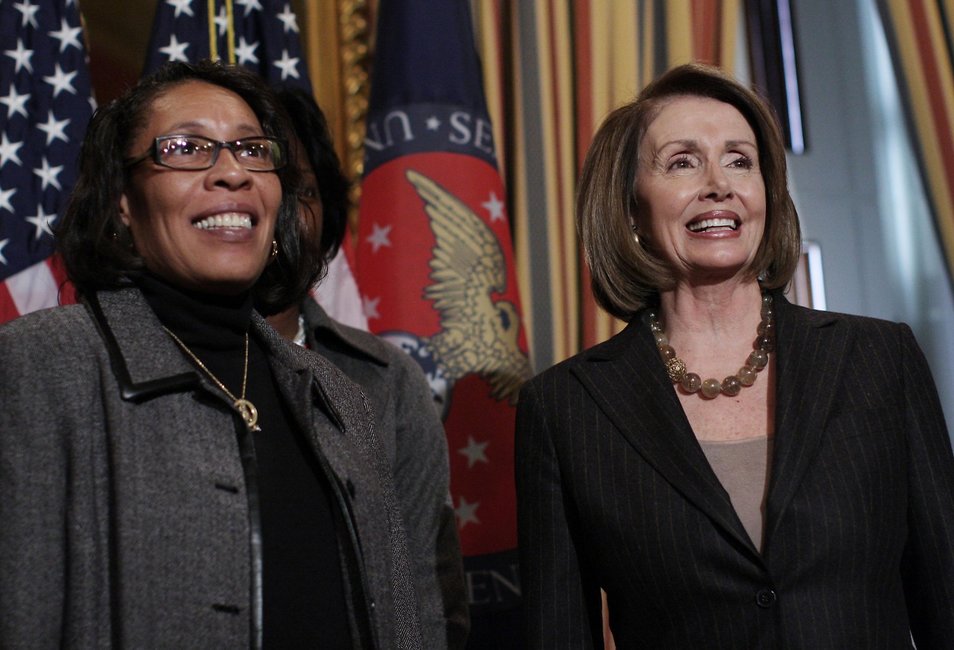 BREAKING NEWS – Lawmakers in the Congressional Black Caucus are backing Nancy Pelosi for speaker over one of their own members, Rep. Marcia Fudge who was considering a challenge to the California Democrat. In interviews with eight CBC members about Fudge’s possible bid for speaker, all but two members said they would back Pelosi over Fudge. Other CBC members tweeted or put out statements of support for Pelosi, including Rep. Jim Clyburn (D-S.C.), the most powerful African-American in the House and a close friend and ally of Fudge. Not taking the rejection well, Fudge released a statement reflecting her disappointment. “I didn’t realize we had so many Uncle Toms in the Congressional Black Caucus,” she began. “I plan on filing a complaint with the Department of Justice to see if the rumors are true that Nancy Pelosi covertly hypnotized every member of the CBC, and convinced them that the year is 1800 in southern Mississippi.”