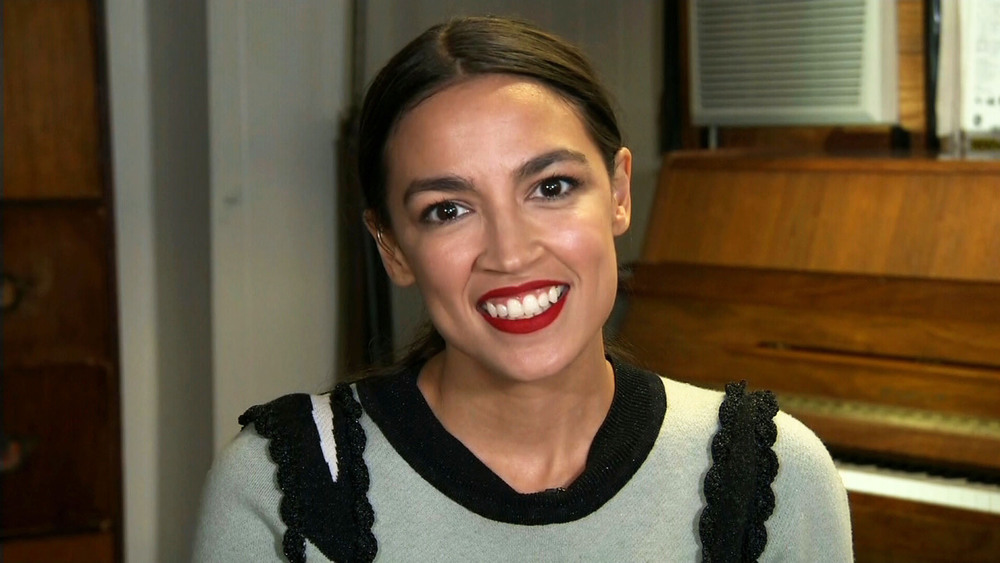 BREAKING NEWS – New York City, New York – Democratic congresswoman-elect Alexandria Ocasio-Cortez compared migrant caravan members who clashed with U.S. border agents, to Jewish families fleeing Nazi Germany and other targets of genocide. “Asking to be considered a refugee & applying for status isn’t a crime. It wasn’t for Jewish families fleeing Germany. It wasn’t for targeted families fleeing Rwanda. It wasn’t for communities fleeing war-torn Syria. We need real solutions to these problems, that’s why I have asked my staff to set up a conference call between me, FDR and Harry Truman, because I hear those two guys are experts in this area. And due to his ignorance, President Trump is currently rejecting immigrants, embracing the same mindset as other places that rejected refugees, such as Atlantis, Whoville, and Emerald City.”