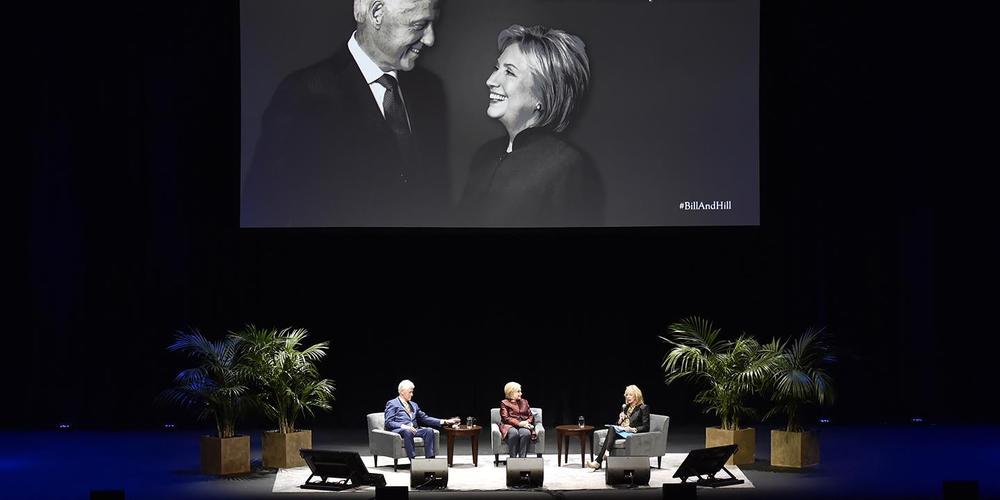 BREAKING NEWS – Washington, D.C. – New information is surfacing about former President Bill Clinton and former Secretary of State Hillary Clinton’s “An Evening with the Clintons” speaking tour, which began at the Park Theater in Las Vegas, Nevada. “From the outset, they had trouble unloading tickets because even their supporters looked at them as greedy ‘hasbeens’ still trying to line their pockets,” said a source close to the family. “Many of the people that attended said they wish they would’ve spent their evening at a nearby strip joint. In fact, Bill showed up late to the Park Theater, carrying a G-string and a hand full of dollar bills.”