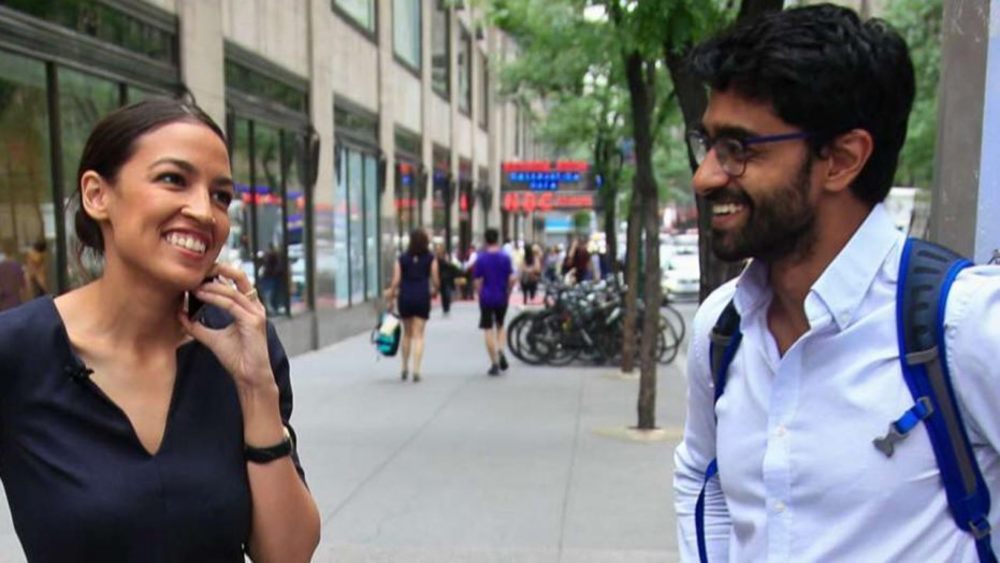 BREAKING NEWS – Washington, D.C. – Rep. Alexandria Ocasio-Cortez continues to shun responsibility for heightened tensions among House Democrats, distancing herself from her former chief of staff Saikrat Chakrabarti whose attacks on moderates she called “divisive.” Her comments came soon after Chakrabarti’s surprise resignation earlier this month following a series of controversies that contributed to public divisions within the House Democratic Caucus. “I think it was divisive,” Ocasio-Cortez said during an interview with the New York Daily News, though she insisted the resignation had nothing to do with Chakrabarti’s attack on moderates. “I believe in criticizing stances, but I don’t believe in specifically targeting members. And I sternly reminded him of the Squad’s credo which is, we only criticize rich people, republicans, and Jews.”