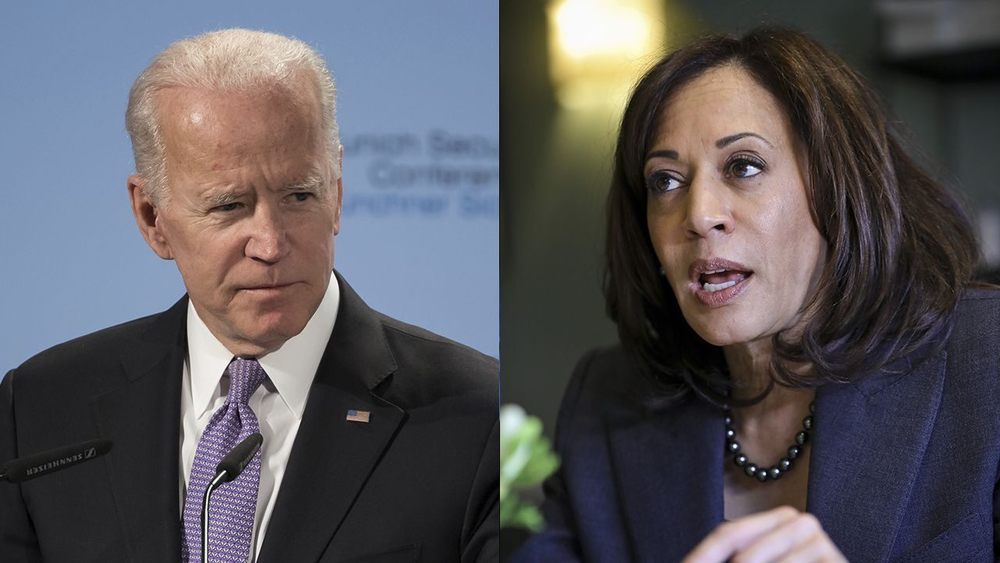 BREAKING NEWS – Washington, D.C. – Former Vice President Joe Biden remains the clear front-runner in the race for the Democratic presidential nomination in a new national poll that also indicates a big drop in support for Sen. Kamala Harris of California. According to a CNN survey conducted by SSRS, Harris stands at 5 percent support, down 12 percentage points from CNN’s last poll, which was released in June. Harris saw her poll numbers surge after what was regarded as a strong performance in the first round of Democratic presidential primary debates in late June, when she knocked Biden on his heels over his opposition to federally mandated school busing integration. Harris responded to the new poll. “Well we all know who’s fault this is,” the California senator began. “It’s Biden’s fault. He allowed me to go on that racist rant in the first debate, knowing that it would build me up temporarily, and then get me tossed to the ground. He could’ve stopped me, yet he didn’t. This is a common sexist political tactic used by cranky old white men that know how to mentally and emotionally manipulate minority females. I think he should apologize to me and all other semi-black women in this country, and then for his Caucasian butt to withdraw from the (expletive) race!”