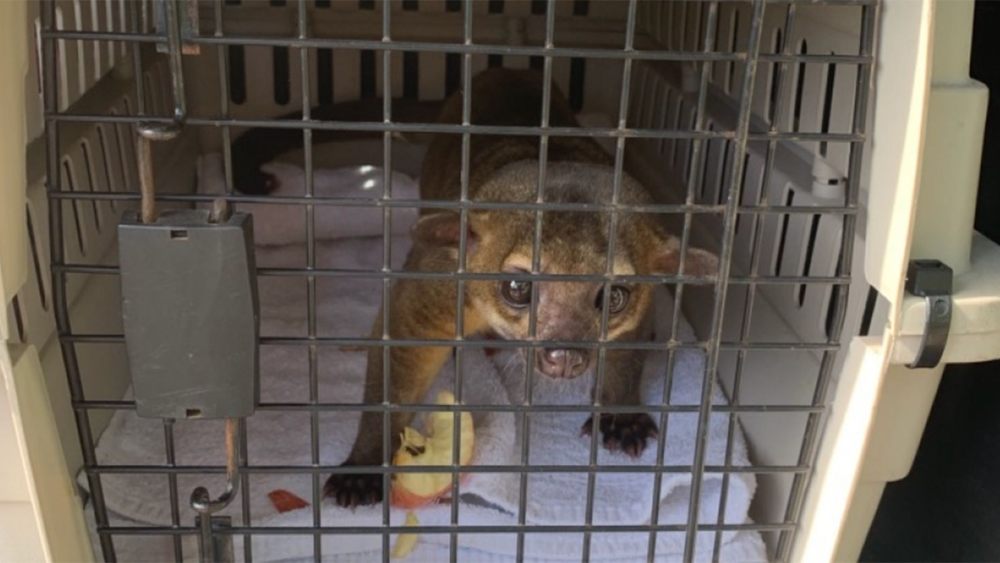 BREAKING NEWS – Lake Worth, Florida – A kinkajou – a tree-dwelling mammal with a prehensile tail – scurried into a Florida apartment and attacked a man who had opened the front door to leave for work, according to officials. The kinkajou bit the 37-year-old man’s foot and scratched his leg but didn’t seriously injure him, according to a Florida Fish and Wildlife Conservation Commission. Several unnamed women have been arrested for the attack, including the man’s girlfriend. According to the police, about five women who have trained some kinkajous to attack any man who has cheated on his girlfriend… or planning to, were renting the animals to women who feel their man has been unfaithful or even has the potential to be unfaithful. In the recent attack, the unnamed man had a few bites and scratches on his leg and foot, but other men were hospitalized with life threatening injuries to their groins.