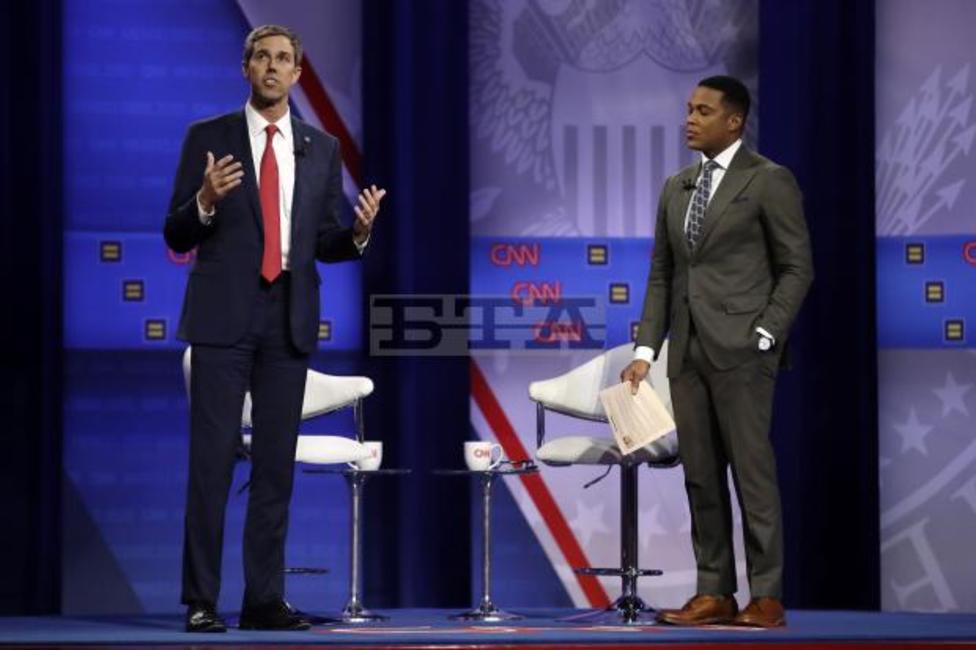 “Yes,” O’Rourke replied without hesitating, drawing a round of applause. “There can be no reward, no benefit, no tax break, for anyone or any institution, any organization in America, that denies the full human rights and the full civil rights of every single one of us, and so as president, we are going to make that a priority and we are going to stop those who are infringing upon the human rights of our fellow Americans.” Lemon was so happy with the response, that he nearly collapsed as tears of joy streamed down his face. O’Rourke continued as he got a standing ovation. “I would also ban bibles from churches, due to all of the negativity from that book, including God’s unfair destruction of Sodom and Gomorrah without getting approval for military action, God encouraging millions of Hebrews to leave Egypt which immediately decimated their economy established by Ramses II, and Jesus constantly challenging the authority of the Pharisees and Sadducees instead of him running for office, getting elected, and making changes from within.”