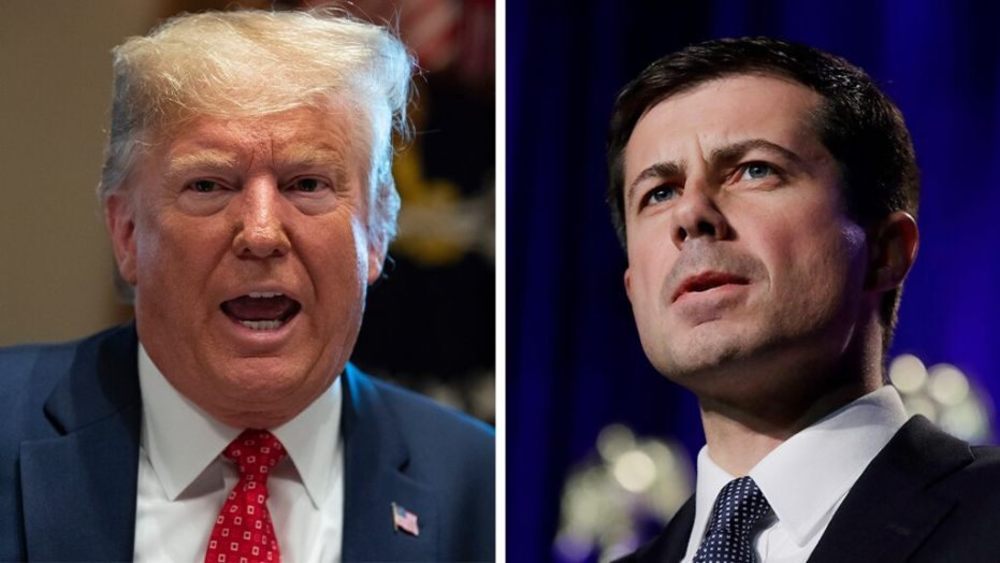 BREAKING NEWS – Washington, D.C. – President Trump’s campaign slammed South Bend, Ind., Mayor Pete Buttigieg on, after it was revealed that the Democrat’s presidential campaign several stock images — including one of a Kenyan woman — to illustrate his Douglass Plan, laying out reformation efforts intended to battle racial inequality in America.

“Mayor Pete’s ‘Douglass Plan’ is not only named after America’s most prominent Black Republican but also is incredibly misleading and presumptuous,” Trump’s senior campaign adviser Katrina Pierson said in a statement. “His lack of awareness to the current state of the black community, the historical figure his ‘plan’ is named after, and inability to get real support from blacks in South Carolina shows how out of touch he is. Presidents don’t talk, they act. What have you done for the black community in your city, Pete?”

Buttigieg responded to Pierson’s question at a press conference. “One of Trump’s advisers wants to know what I have done in the black community in South Bend, Indiana,” he began. “Blacks make up about a quarter of the population there. When there is trouble in the black community, I have instructed the cops not to go there, and let the African-Americans work it out. I explained to our police chief that those people know their culture best, thus domestic violence, gang activity, armed robberies, and various other crimes, should be resolved within their culture, without the nosy intervention of law enforcement. So, if Pierson wants to know what I have done for blacks, the answer is I respectfully mind my own business. And to prove I am not lying and my confidence that they can resolve their own problems, ask any black person that lives in South Bend, and I am positive they will emphatically affirm what I have asserted, which is I avoid their part of town, like the plague.”