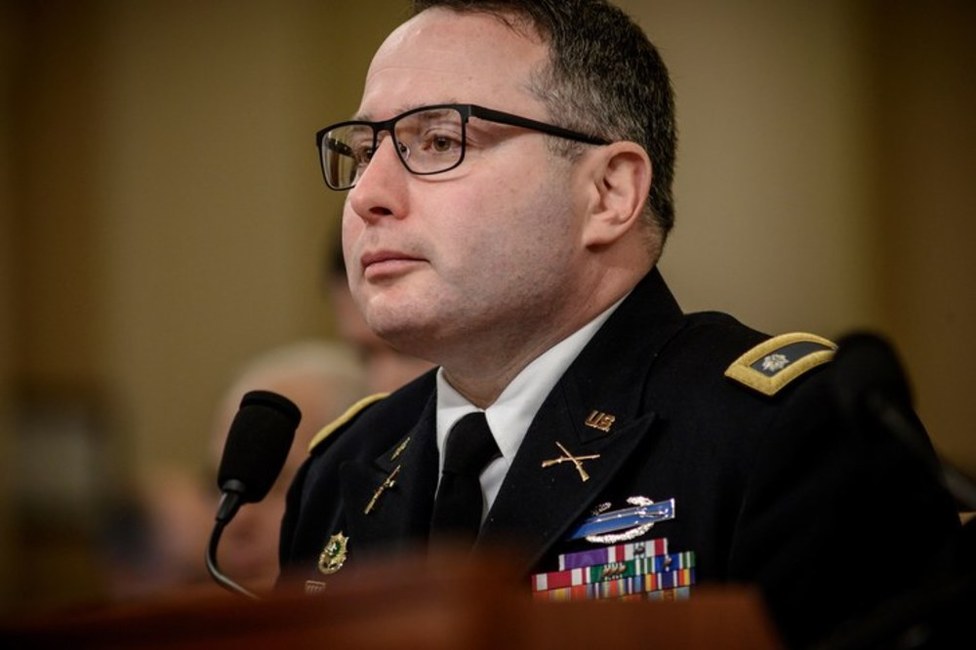 BREAKING NEWS – Washington, D.C. – The U.S. Army is ready to move Lt. Col. Alexander Vindman and his family to a secure location on a military base if they are found to be in danger due to his testimony in the House impeachment inquiry into President Trump, U.S. officials told The Wall Street Journal. Vindman reportedly requested a security assessment to analyze his and his family’s physical and online security, which was completed in recent weeks, according to the Journal. Army spokeswoman Col. Kathy Turner said the Army is “providing supportive assistance” for Vindman. She then stated, “Currently, there doesn’t seem to be an issue. But to my knowledge, the only time we would offer 24 hour security for an officer surrounding them with the Green Berets, is when we have credible evidence that he or she has angered the Clintons.”