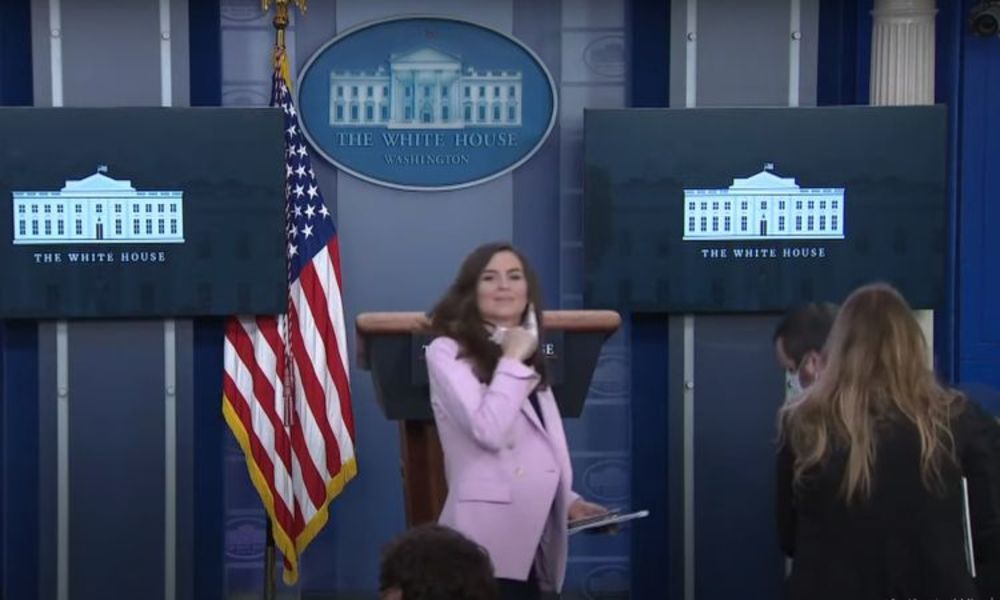 BREAKING NEWS – Washington, D.C. – CNN reporter Kaitlan Collins sparred with President Trump for the second time in a week, this time on Twitter, after the president called her a “CNN Faker” over video showing her removing her mask while inside the White House briefing room.

Trump had retweeted his son Eric, who wrote:

@EricTrump
Just a reminder that @CNN is a total joke:

“Mask-police CNN reporter @kaitlancollins caught removing hers at presser, as soon as she thought cameras were off.”

Collins responded with a tweet of her own. “I thought the cameras were off, so I felt my privacy was invaded. Ok, I’m a stupid hypocrite that got caught on film. However, I feel that exposing me was totally sexist, and now I need time to figure out why I came up with that conclusion.”