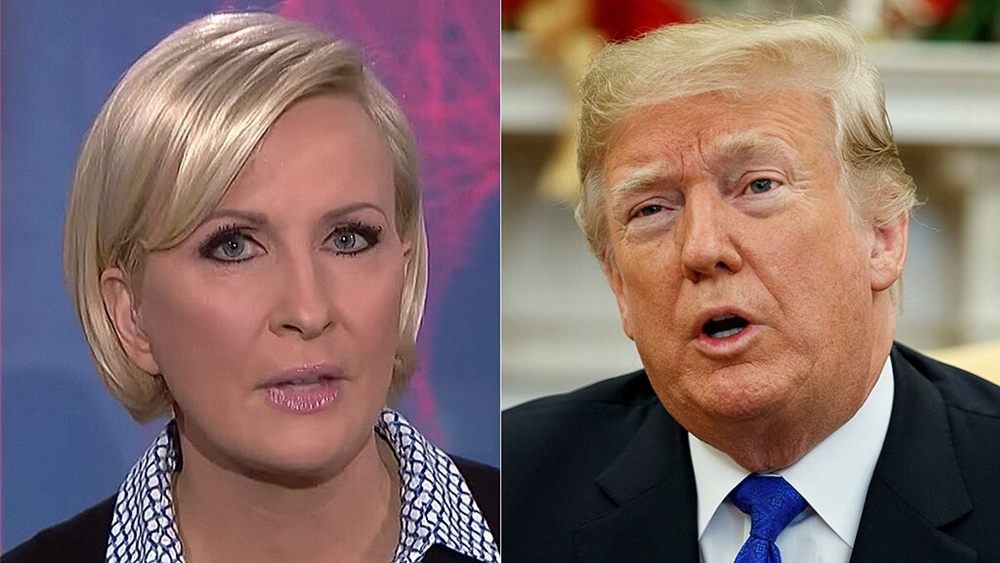 Scarborough’s co-host and wife Mika Brzezinski fired back, both on TV and on Twitter, then claimed she had arranged to speak with officials at Twitter regarding the content of Trump’s posts — and her call for the president to be banned from the social media platform.

“A call is being set up with @jack and the GC,” Brzezinski told her nearly 1 million Twitter followers, referring to Twitter CEO Jack Dorsey and the company’s general counsel.

She went on to say on television. “The only way to put a stop to this, is for a panel of five people to review every Twitter post made by President Trump before they are made public,” she explained. “That way, all of the nonsense will never see the light of day, and the comments that have some beneficial value will be made public. My suggestion to Twitter is a simple one, which is, the majority of the five people must agree on the posting one way or the other. Obviously Joe and I should be on the panel, plus three other fair-minded people here at MSNBC.”