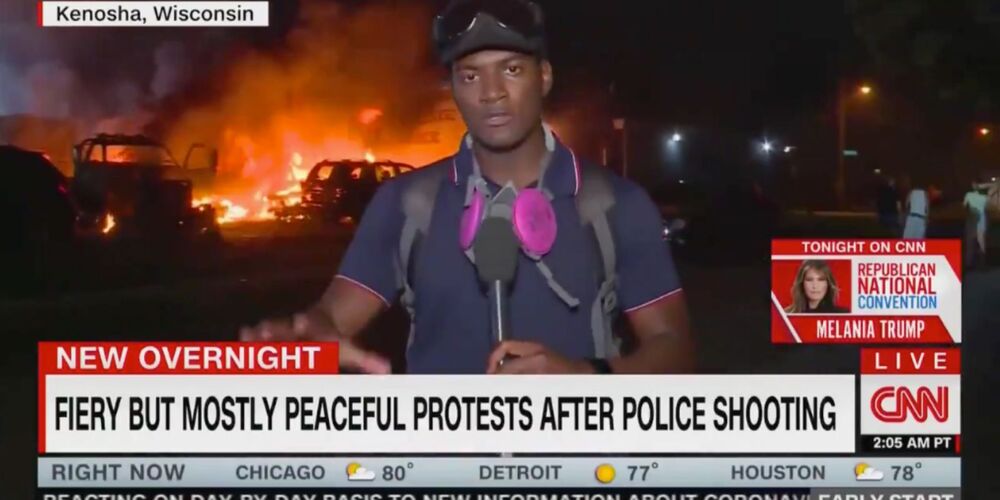 Jimenez was standing in front of a raging fire and the chyron at the bottom of the screen read, “FIERY BUT MOSTLY PEACEFUL PROTESTS AFTER POLICE SHOOTING.”

“‘Fiery but mostly peaceful protest’ is so absurd that if it were satire you’d think it was lazy and unimaginative,” National Republican Senatorial Committee senior adviser Matt Whitlock wrote.

This isn’t the first time that Jimenez had a strange perspective while reporting a story. During a live broadcast of the flooding in Houston caused by Hurricane Harvey in 2017, he stood in front of a home as furniture literally floated out of it and said, “The owners of this house could live here today as is, even though the interior is probably more humid than usual.”