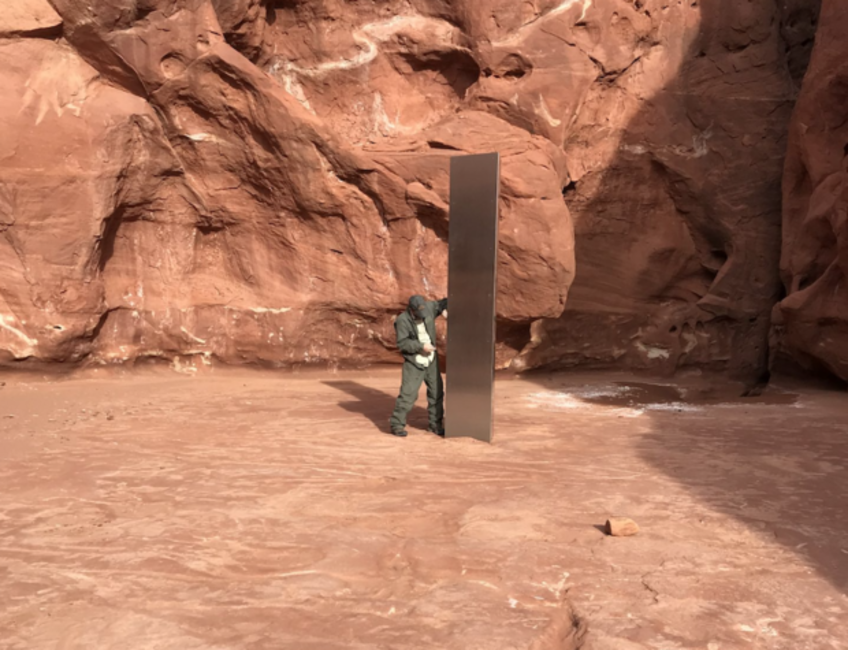 BREAKING NEWS – Salt Lake City, Utah – A public safety crew flying over southeastern Utah found an “unusual” monolith in a remote area of the state. The sleek metal structure embedded in the ground is at least 10 feet tall, and no one seems to know how it got there.

The Utah Department of Public Safety (DPS) said Aero Bureau and wildlife resource officers were conducting a count of bighorn sheep last week in Red Rock Country when they spotted the object and landed nearby to investigate further.

Bret Hutchings, a DPS helicopter pilot, told KSLTV that the unexplained 10- to 12-foot-high structure is the “strangest thing that I’ve come across out there in all my years of flying.” However, he had some theories of what it could be. “I’m assuming it’s some new wave artist or something. Or, you know, somebody that was a big ‘2001: A Space Odyssey’ fan,” Hutchings said. “Other theories include, that because a roll of toilet paper was found near the structure, it might be a porta potty placed their by some tall thin aliens from a distant planet.”