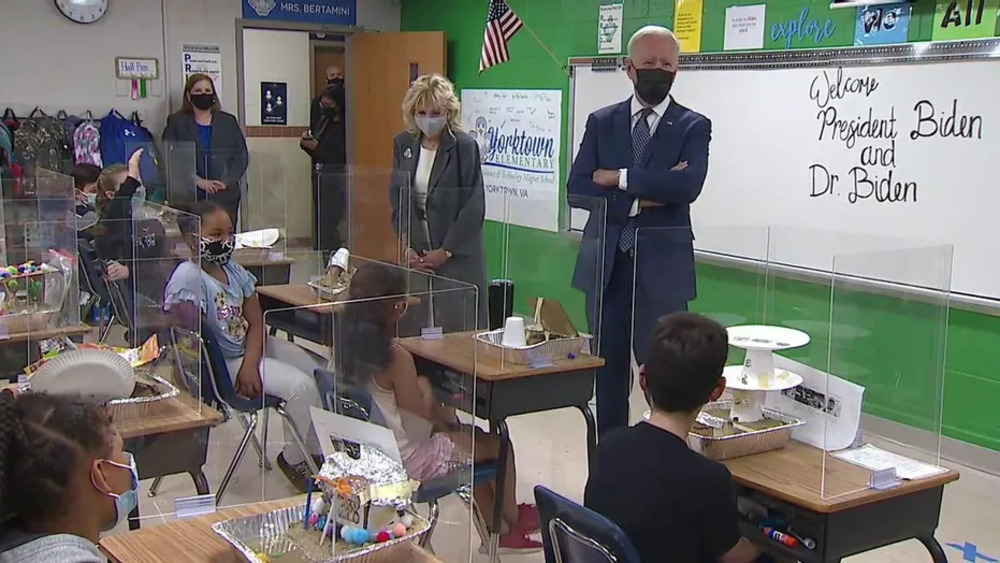 One fifth grade student at Yorktown Elementary School seemed to catch the President and First Lady by surprise.

“My dad thinks you’re pretty stupid, and you’re probably not smarter than anyone in this classroom,” the boy said.

Jill Biden weighed in almost immediately, scolding the student. “Now listen young man,” she began in an almost hostile tone. “If Joe could join this class today, he would be above average in almost subject. It’s only politics where he displays his ongoing embarrassing buffoonery. In other words, this President is not as stupid as your dad thinks he is, but I’ll admit it’s pretty darn close.”