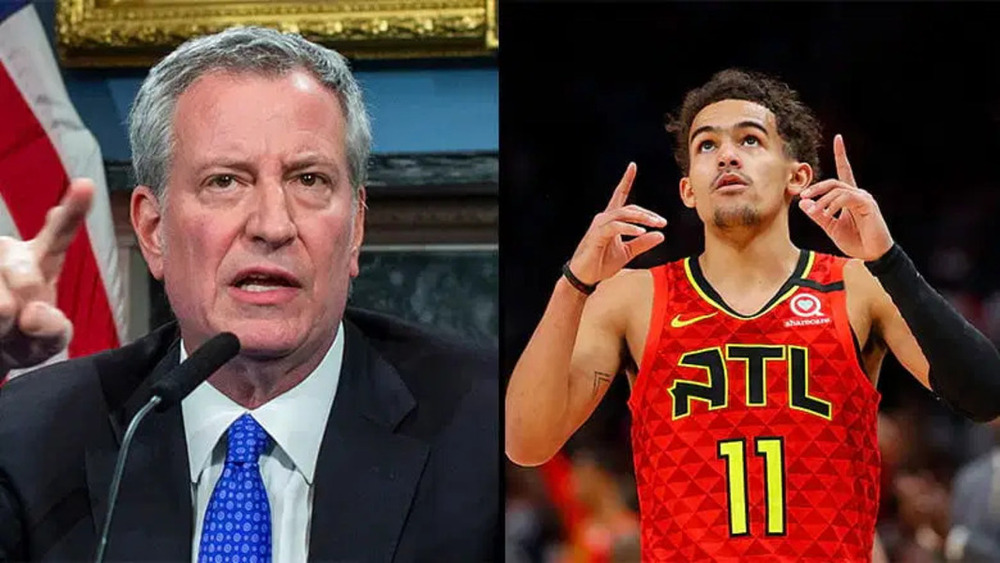 De Blasio took aim at Hawks star Trae Young on after the third-year guard scored the game-winning basket in Game 1 and silenced the raucous crowd at Madison Square Garden. The mayor, with his Knicks hat front-and-center had some words for Young.

“This is about basketball. I have an important, official announcement. This is very serious. I want to get this out. Message to Trae Young, on behalf of the people of New York City and anyone who cares about actually playing basketball the right way, stop hunting for fouls, Trae,” de Blasio said.

Young responded by saying, “I guess I should listen to him because we both have something in common. I run up and down a court everyday, and the mayor ran a city into the ground.”