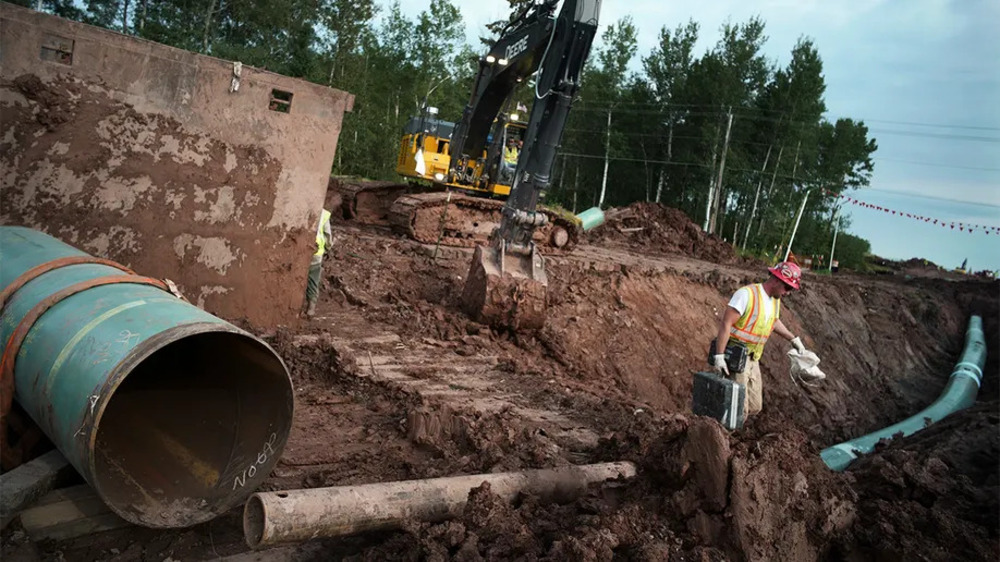 BREAKING NEWS – Mahnomen, Minnesota – Matt Gordon, vice president of his family’s construction company in Mahnomen, Minnesota, and a member of the White Earth Nation tribe, was troubled when environmental protesters – some claiming to speak for Native Americans – vandalized his company’s equipment.

Gordon Construction is among the Native-owned companies that are contracting with the Canadian energy firm Enbridge on the construction of Line 3, a pipeline carrying oil from Canada into the United States. But climate activists – emboldened by stopping the Keystone XL Pipeline – have made Line 3 their new target.

On June 8, a day after the protest, vandalism and property damage, Gordon joined five other Native business leaders representing their firms and the tribes of Fond du Lac Band of Lake Superior Chippewa, the Boise Forte Band of Chippewa, the Leech Lake band of Ojibwe and the White Earth Nation.

Speaker of the House Nancy Pelosi commented on the controversy. “It’s obvious to me that Native Americans are confused. White people and the democratic party knows what’s best for their tribes, and apparently they don’t realize that. Maybe in time they will be more like blacks, because they’ll believe in anything we say, and they are very reluctant to question our authority and wisdom on any issue, and personally, I wouldn’t have it any other way.”