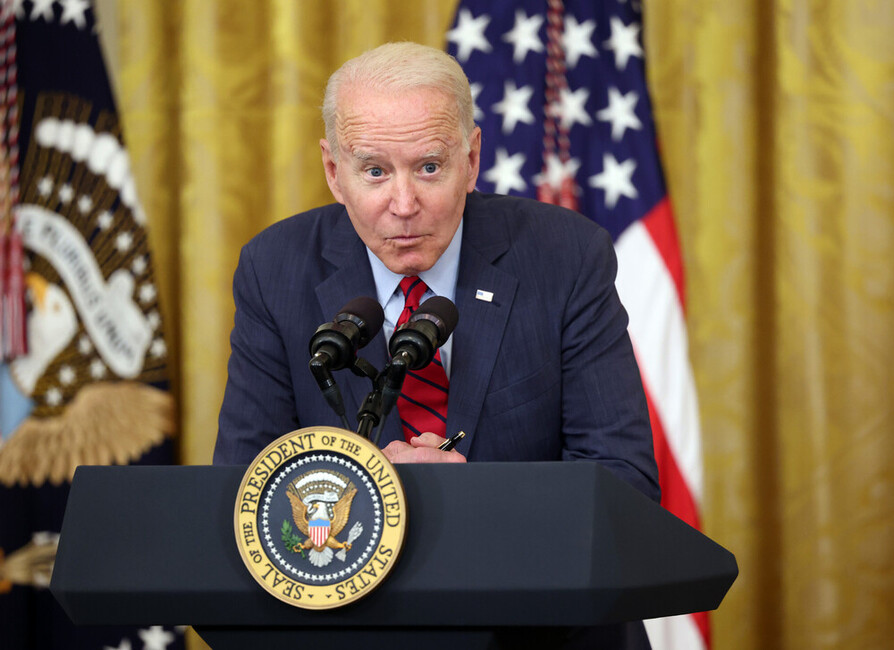 BREAKING NEWS – Washington, D.C. – President Joe Biden trended on Twitter for what many are calling a “creepy” interaction with the press during a press conference.

Biden held a press conference at the White House to share his thoughts on the announcement that a bipartisan group of senators came to a tentative deal on an infrastructure bill. Throughout the press conference, he behaved in a bizarre manner, repeatedly leaning over the podium and answered reporters’ questions in a whisper.

“My behavior was not bizarre, but instead it was quite natural for me,” Biden explained a couple of hours later. “This is how I act when I frequently sneak up behind females of all ages to sniff their hair, and softly tell them not to move until I am done snorting their shampoo fumes.”