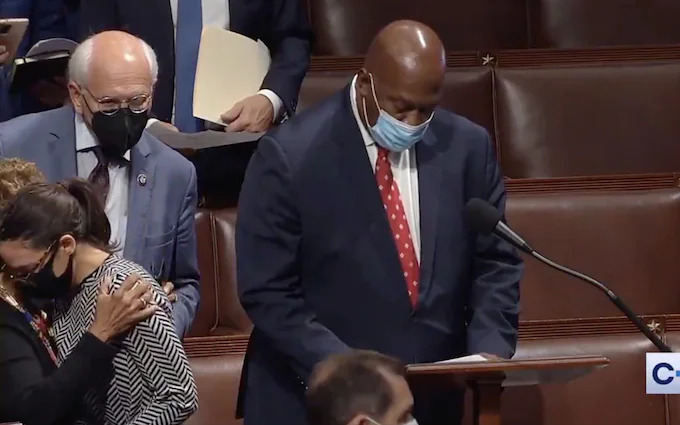 BREAKING NEWS – New York City, New York – “Squad” member Rep. Alexandria Ocasio-Cortez, D-N.Y., was accused on Thursday of shedding “crocodile tears” after she reportedly broke down crying on the House floor following a vote to give another $1 billion to Israel in order to restore its Iron Dome missile interception system.

Ocasio-Cortez and her progressive caucus had expressed opposition to the bill, forcing Democrats to pull the provision from a bill a day earlier in order to ensure its passage along party lines. On Thursday, the New York lawmaker voted against the funding, but raised eyebrows when she only later amended her vote to “Present” at the last minute. After the bill was passed by a 420-9 majority, Ocasio-Cortez reportedly became emotional on the floor and was seen being comforted by her colleagues.

“I still can’t believe this happened,” Ocasio-Cortez said as her voice cracked. “This isn’t fair, this isn’t right, and helping out Jews is certainly not the Christian thing to do.”