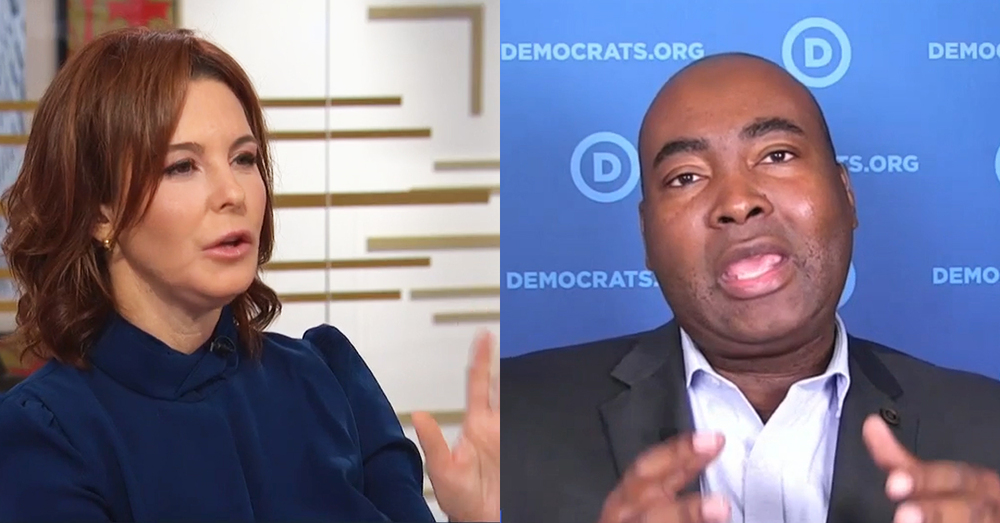 “If neither of these bills gets passed… how do you convince voters it is still worth sticking with Democrats in 2022?” Ruhle asked.

“Well Stephanie, they’re going to get passed because they have to get passed,” Harrison assured Ruhle before promoting President Biden’s “FDR” style agenda and going on to claim Democrats “deliver” while Republicans “obstruct” as part of the Democrat messaging heading into the midterms.

Ruhle pushed back, saying that it’s the Democrats who “set these deadlines,” pointing to Speaker Nancy Pelosi’s, D-Calif.

The DNC chair doubled down on his assurance that the bills will get passed, but then quickly shifted to the Republican Party, who he says is “just sitting on the sidelines trying to figure out ways to obstruct.”

“But sir, Republicans are not in power, you are,” Ruhle interjected.

Harrison then unleashed his frustration. “We may be in control, but it’s the republicans that’s controlling our minds!” he stated angrily. “Have you ever been to the swamps in Louisiana to visit those old hag witches? Do you know how voodoo works? The republicans are making us, including myself, make some really idiotic decisions, and we can’t help ourselves! And it sickens me that people like you, are letting them get away with it!”