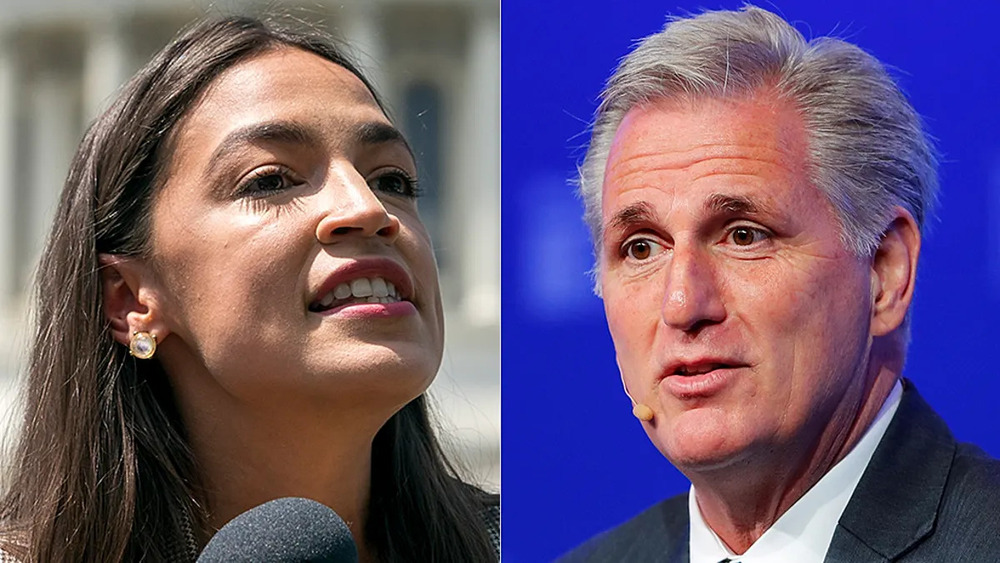 BREAKING NEWS – Washington, D.C. – Rep. Alexandria Ocasio-Cortez alleged that House Minority Leader Kevin McCarthy, R-Calif., is working with what she described as his “Ku Klux Klan caucus” to enable violent threats against Rep. Ilhan Omar, D-Minn., and other women of color in Congress.

“People truly don’t understand the scale, intensity, & volume of threats targeting [Omar],” Ocasio-Cortez wrote. “Kevin McCarthy is so desperate to be speaker that he is working with his Ku Klux Klan caucus to look aside & allow violent targeting of women of color members of Congress. His hostile mindset, is almost as intense as Congresswoman Omar’s is toward Jews and Israel. And if McCarthy’s racism ever rises to the level where it rivals Omar’s anti-Semitism, then he should be immediately censured and removed from Capitol Hill!”