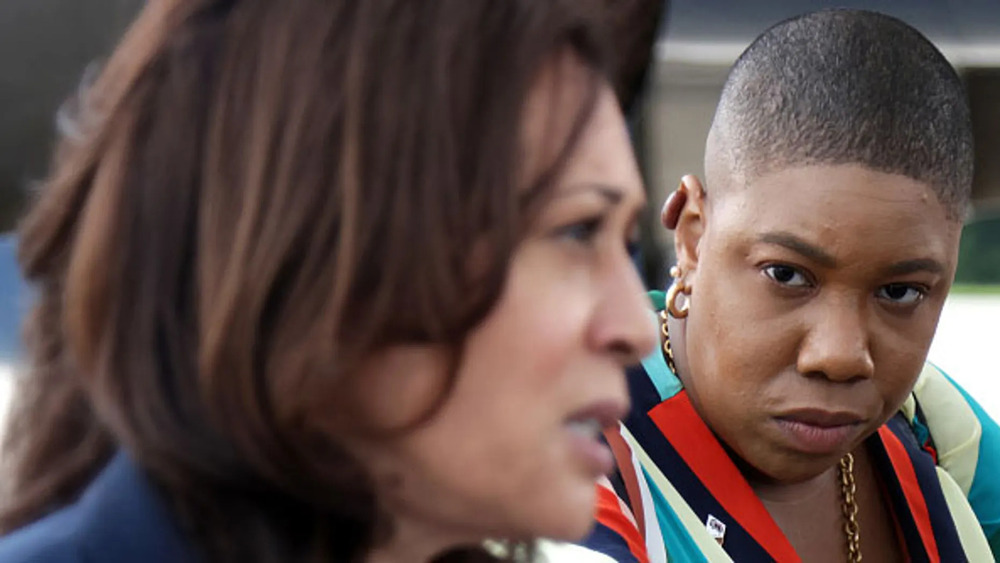 BREAKING NEWS – Washington, D.C. – Symone Sanders, a senior adviser to Vice President Harris and her chief spokesperson, will depart at the end of the year, in a sign of growing turmoil within the office.

Sanders is the second top Harris aide to announce her departure in less than a month. Just two weeks ago, it emerged that Harris Communications Director Ashley Etienne had resigned.

“Symone has served honorably for 3 years,” a White House official told Fox News. “First as a valuable member of the President‘s 2020 presidential campaign, then as a member of his transition team and now deputy assistant to the President and senior advisor/chief spokesperson to the Vice President. Unfortunately, she as well as Ashley, got tired of Vice President Harris referring to both of them as a ‘couple of raggedy b*****s’ when they failed to accomplish an assigned task. Tensions has grown between Harris and her two staffers ever since they refused to assist the Vice President in forming a plan to get President Biden committed to a nursing home or a mental health facility, to prevent him for running again in 2024.”