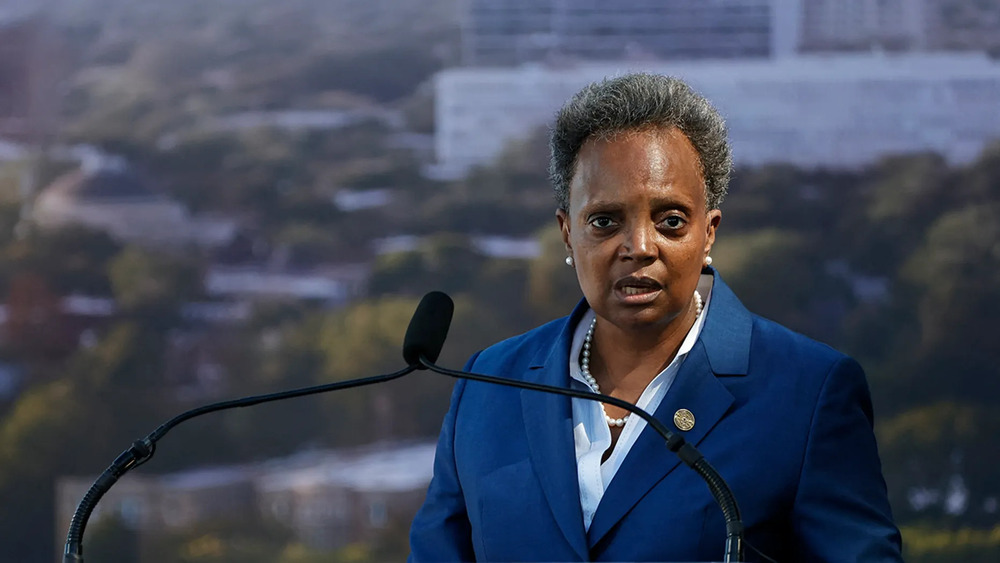 BREAKING NEWS – Chicago, Illinois – Mayor Lori Lightfoot is calling on the federal government for help in combating crime and violence in the Windy City.

In a news conference Monday, the Democrat mayor asked U.S. Attorney General Merrick Garland to send in agents from the Bureau of Alcohol, Tobacco, Firearms and Explosives for six months to ramp up the number of gun investigations and gun seizures, according to Fox32 Chicago. She also asked for more federal prosecutors to handle the criminal cases those agents will investigate, as well as federal marshals to assist local law enforcement with tracking down thousands of suspects wanted on warrants, the station added.

When asked why didn’t she accept President Trump’s help when he offered it while in office.

“I would never accept help from that man,” she exclaimed. “If he was still in office, even if ten thousand people were murdered in this city per day, I’d look the other way until the last survivor was killed. And after, I’d run again for re-election, focusing on the low crime rate and Chicago being devoid of traffic jams.”