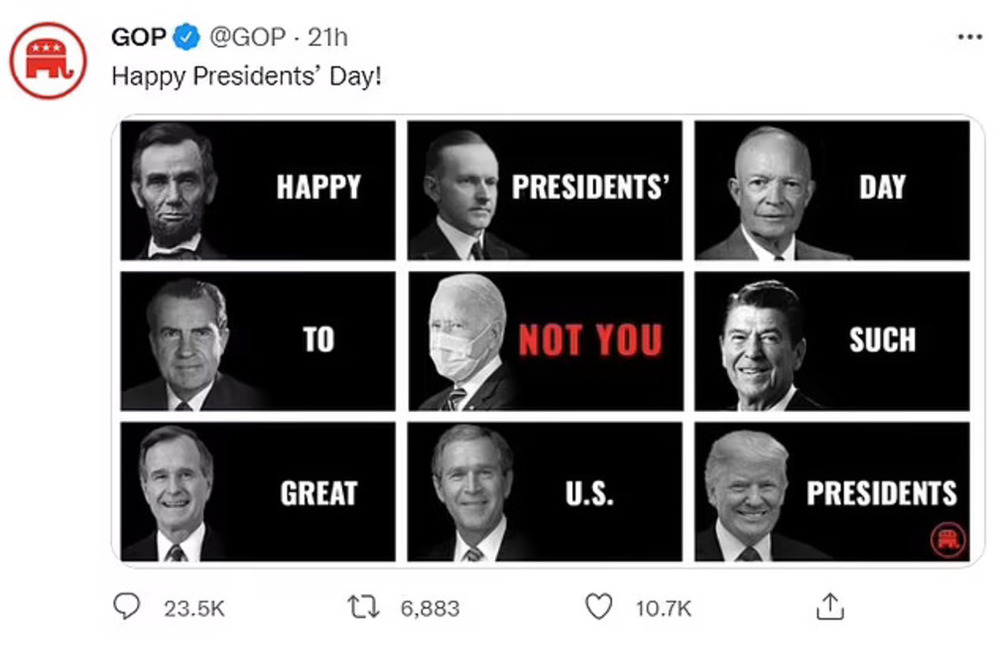 The meme portrayed a collage of Republican presidents with the message, “Happy Presidents’ Day to such great US presidents.” President Biden was pictured as well with the irreverent caption, “Not you.”

“How dare they honor on white republicans!” she began. “This is some of the most blatant racism I have ever seen!”

One person inquired about her perspective.

“What presidents would you have placed there?” they asked.

“I would have President Obama multiple times and one of President Lincoln,” Reid answered. “People may think this is hypocritical and irrational in light of my previous comment. But if anyone points that out, I’ll refer to them as a sexist bigot if they are white, and Uncle Tom if they’re black!”