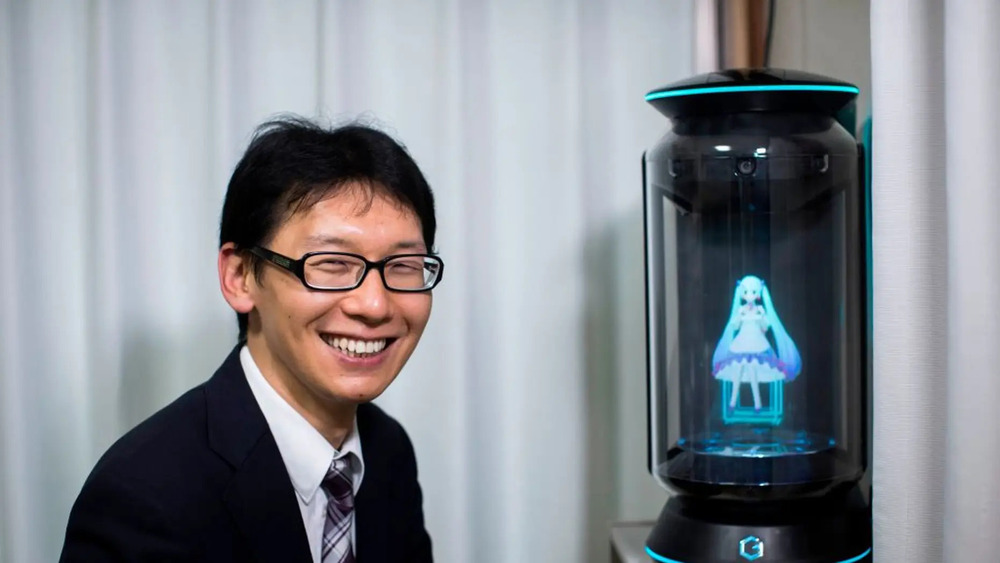 BREAKING NEWS – Tokyo, Japan – A “fictosexual” Japanese man who married a hologram in 2018 recently told a Japanese newspaper that their relationship is struggling with communication.

Akihiko Kondo, 38, who works at a middle school in a Tokyo suburb, married Hatsune Miku, a hologram that was created by a computer as singing software, on Nov. 4, 2018, in a wedding that cost more than $17,000.

As one of the thousands of “fictosexuals,” Kondo is attracted to fictional characters.

Kondo first interacted with Miku using Gatebox, a $1,300 device that projected fictional characters into a cylinder and allowed users to communicate via artificial intelligence.

“After we are officially divorced, I will never do anything as psychologically irrational as marrying a hologram,” explained Kondo. “In the future, if I become really interested in a woman that’s not interested in me, I’ll marry their shadow.”