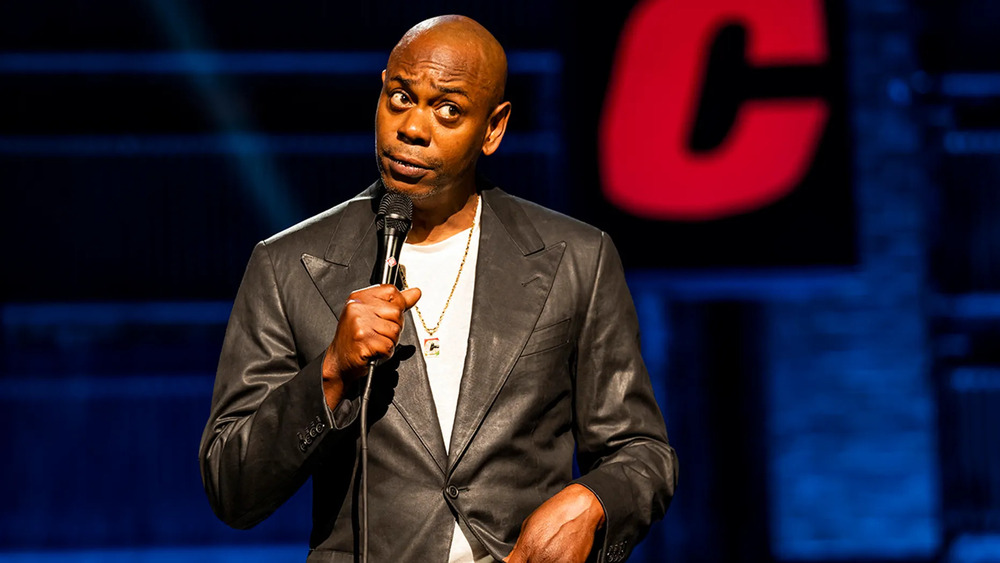 BREAKING NEWS – Los Angeles, California – Comedian Dave Chappelle was attacked during a show in Los Angeles after a man reportedly jumped on stage. The alleged attacker was injured in the attack and was carried away in an ambulance, according to reports.

Videos of the incident appear to show the man jumping onto the stage at the Hollywood Bowl, where Chappelle was performing his standup routine for his Netflix Is A Joke tour, when he attempted to tackle the comedian.

He was swiftly taken away by security and other individuals, who appeared to repeatedly hit the man just off-stage, videos appear to show.

The suspect, identified as Isaiah Lee, 23, has been charged with felony assault with a deadly weapon, which was a replica gun that could eject a real knife blade when discharged correctly.

“The way security beat me up was uncalled for and I plan to sue,” Lee said while he was in the hospital. “I felt I should’ve gotten treated the same way Will Smith was, by simply banning me from the Oscars for ten years.”