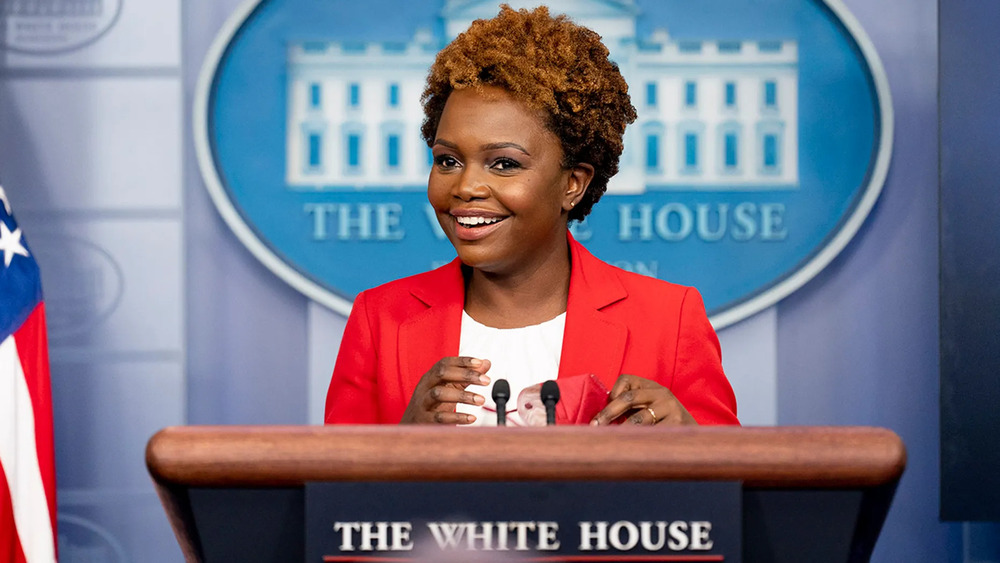 “I am proud to announce that Karine Jean-Pierre will serve as the next White House Press Secretary,” the president said. “Karine not only brings the experience, talent and integrity needed for this difficult job, but she will continue to lead the way in communicating about the work of the Biden-Harris Administration on behalf of the American people. She is my new secret weapon! Now, if anyone during a daily press conference challenges her on any issue, she has been ordered to yell ‘racism’, and then storm out of the room.”