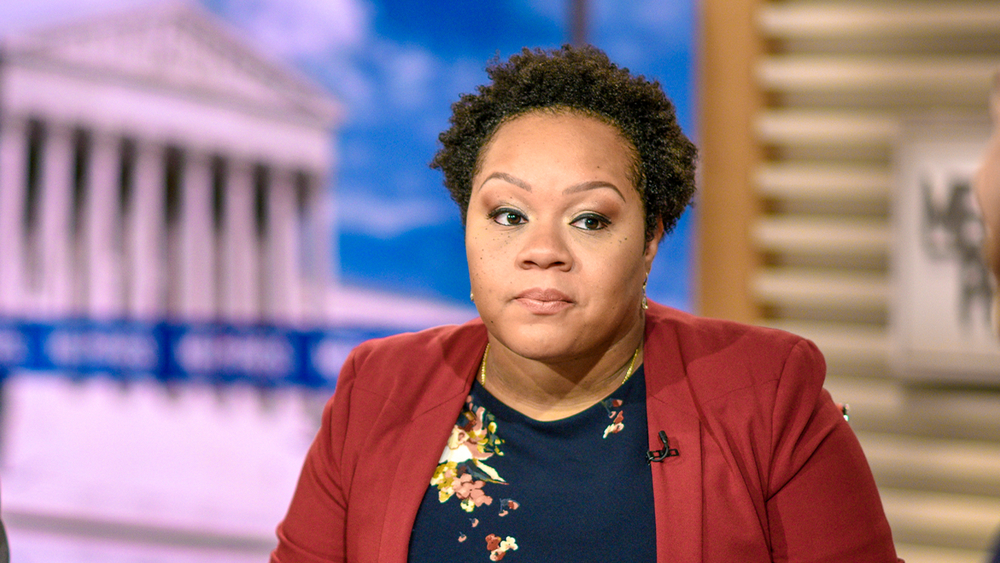 Alcindor and the MSNBC panel were criticizing Georgia’s election reform law passed in 2021, which requires voters to confirm their identity whether voting in person or by mail.

“I don’t think any black person should ever have to identify who we are,” she began. “Whether it’s in a voting booth, or a white bigot teller in a bank, demanding that a black person proves who they are in order to make a withdrawal, which is a blatant form of financial racism.”