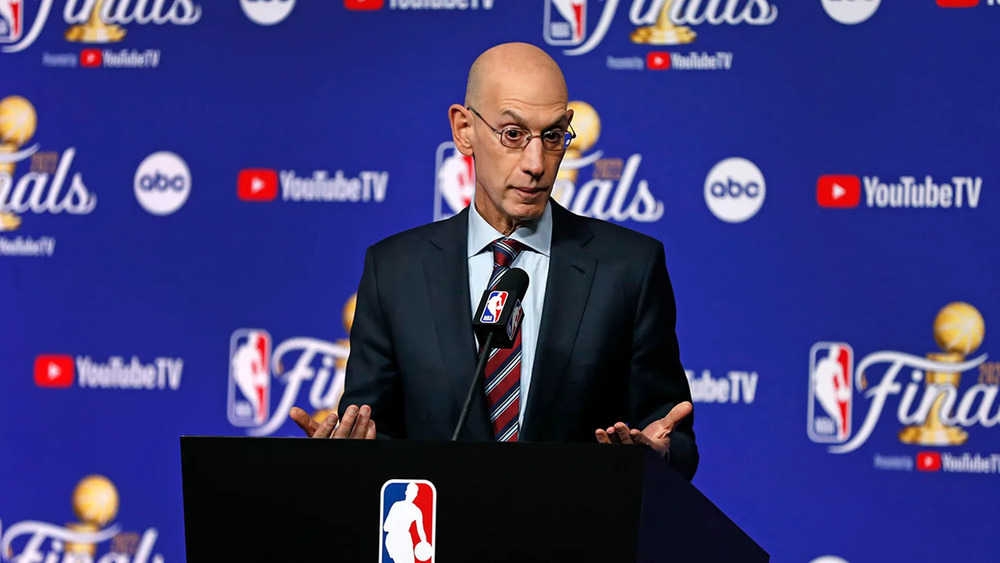 Morey, who is now general manager of the Philadelphia 76ers, tweeted in October 2019 an image that read, “Fight for Freedom. Stand with Hong Kong.” Morey would later delete the tweet and explain that he did not intend to offend Rockets fans or his friends in China. Demonstrators were protesting against China’s control of Hong Kong at the time.

The NBA initially said Morey’s remarks were “regrettable” and that he had “deeply offended many of our friends and fans in China.” The league would later issue another statement affirming its commitment to free speech.

However, a leaked memo from Silver to the Chinese government, reflect his true position. “Sometime next year, I’ll make sure that the Philadelphia 76ers play in Hong Kong, and I’ll insist that Mr. Morey is there,” the memo began. “Then you can arrest him for any trumped up charges, and send him to a prison in Beijing. At that point, you can mandate that he apologizes for his B.S. about freedom, after he is issued his daily beatings.”