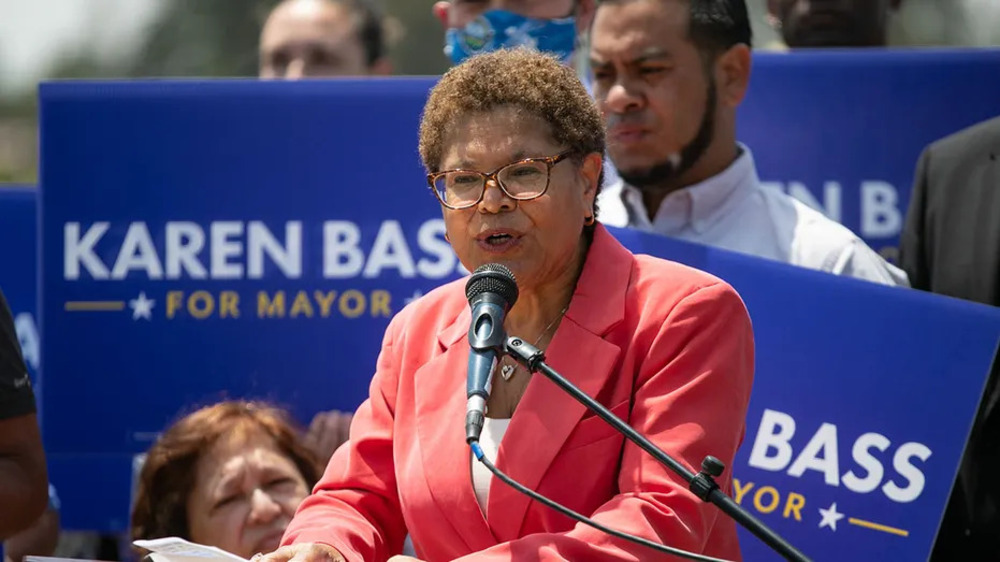 BREAKING NEWS – Los Angeles, California – And one of the front-runners in the race tells Fox News that when it comes to making the streets of Los Angeles safer, “I think the right answer is to be smart on crime.”

In an interview on the eve of the primary, longtime Democratic Rep. Karen Bass highlighted that “my plan calls for getting officers on the beat immediately in neighborhoods that want to see an increased police presence. But I believe the quickest way to get officers on the beat is to get them from behind the desk.”

Bass, a former state lawmaker who’s spent the last decade representing a congressional district that covers areas south and west of downtown Los Angeles, added that she’s “calling for hiring civilians so those officers can be on the beat. But I’m also calling for hiring some 200-400 officers…I also believe in making a serious investment in crime prevention.”

Congresswoman Alexandria Ocasio-Cortez was outraged at Bass’ intention. “I am urging everyone in L.A. not to vote for Karen Bass,” she began. “She says she’s a democrat, yet she is embracing the republicans position of desiring law and order. We democrats thrive on high crime, chaos, and us justifying the actions of brazen criminals, and Bass is now going up against everything that we liberals emphatically stand for!”