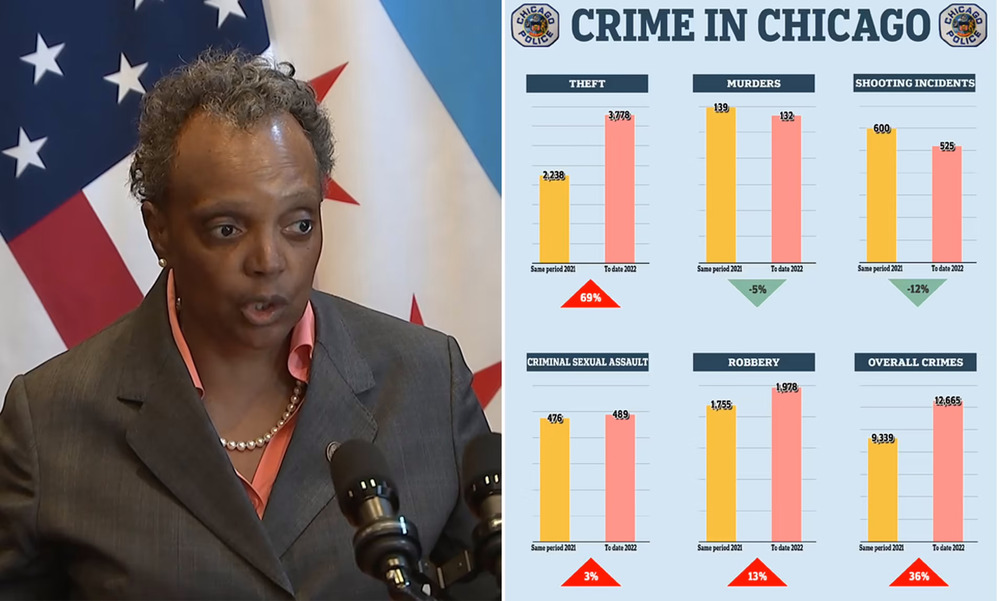 BREAKING NEWS – Chicago, Illinois – Chicago Mayor Lori Lightfoot is standing by her profane attack on Supreme Court Justice Clarence Thomas after she yelled “F— Clarence Thomas’” at a Pride event in the city over the weekend.

The democrat took to twitter  to defend her use of profanity after the video of her at the Pride event went viral. Lightfoot tweeted a picture of herself at the event pointing to a person in the audience wearing a T-shirt that read “F— Clarence Thomas.” Lightfoot simply captioned the picture, “I said what I said.”

The mayor of the third-largest city in the country was speaking on stage at the city’s Pride Fest. She began by saying, “If you read Clarence Thomas’ concurrence.” Someone then yells at the mayor from the audience to which she replies, “Thank you. F— Clarence Thomas. He thinks that we are going to stand idly by while they take my rights – my right to marry – my right to have children – my right to live – my right to run this city into the ground – my right to allow violent criminals to run wild – and my right to not support the police that are on the streets constantly harassing heavily armed gang members!”