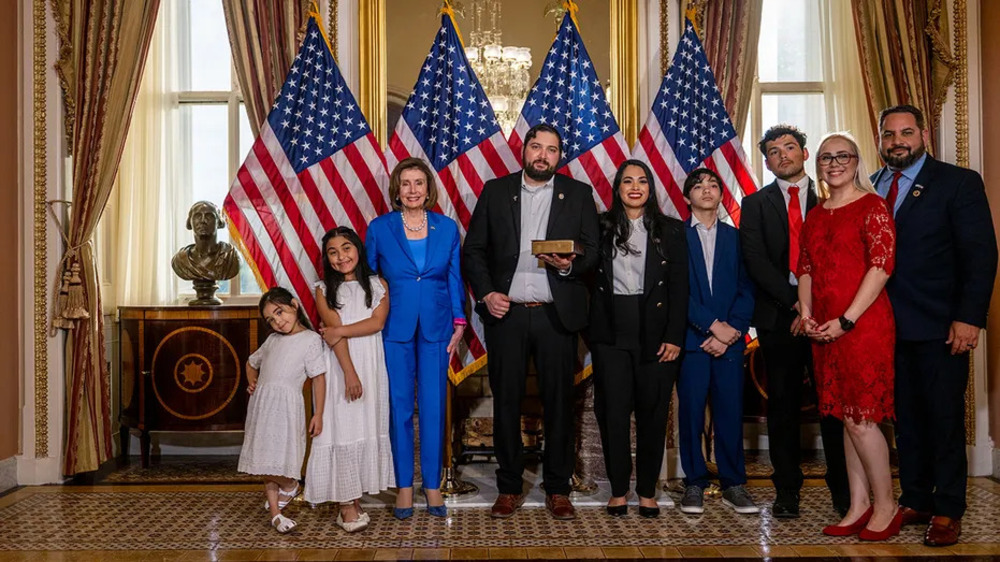 “I am so proud of my strong, beautiful daughter for not allowing this to faze her,” Rep. Mayra Flores (R-Texas) said in a tweet with a video of the incident that took place during her swearing-in ceremony.

“She continued to smile and pose for the picture like a Queen,” Flores said of her daughter.

“My hostility was not aimed at Congresswoman Flores’ daughter, but at the Congresswoman herself,” Pelosi later explained. “I am angry that she was elected in an area that has been controlled by democrats for more than 100 years. Plus her husband offensive, because he is a border control agent that enforces and respects U.S. laws regarding immigration. However, I feel I should be given credit for my self-control, because I was pretty close to throwing punches and clawing at eyes during the swearing-in.”