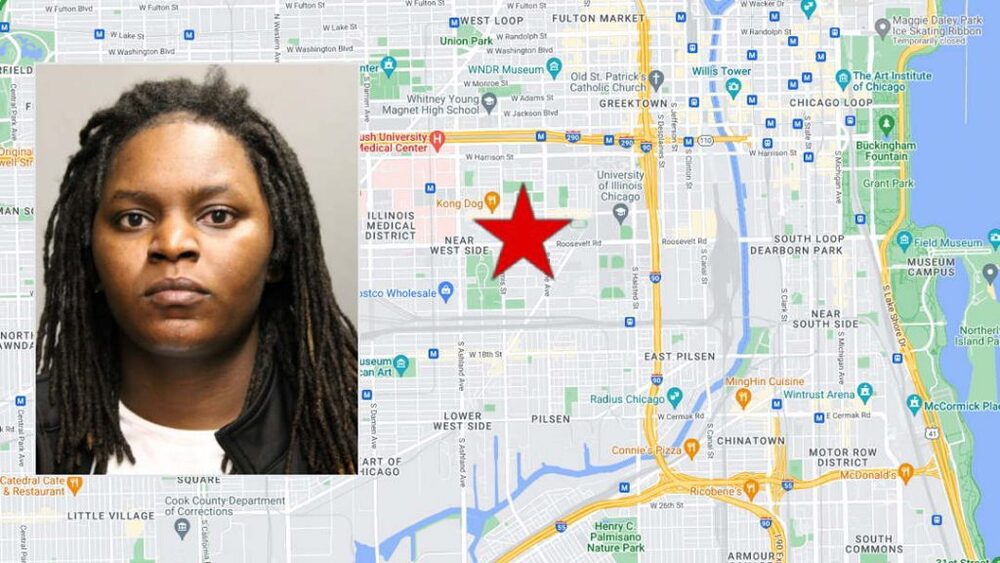 BREAKING NEWS – Chicago, Illinois – A Chicago woman who shot and killed her brother is facing only a low-level gun charge from the Cook County State’s Attorney’s Office, confusing a judge who wasn’t sure prosecutors were reading her the correct case.

Denise Franklin, 28, has been charged with Class 4 aggravated unlawful use of a weapon in the shooting death of her 33-year-old brother, Patrick Holmes, over the weekend in Chicago. But the details of the case caused confusion for Judge Susana Ortiz, who interrupted prosecutors while they were presenting the allegations against Franklin to ask if they were reading the right case.

Kim Foxx from the Cook County State’s Attorney’s Office explained that it was a low-level charge because Franklin placed her hand on a stack of bibles, and swore that her brother told her while lying on the ground, to tell everyone that what happened was an accident. Fox added, that she was only honoring the last request of a dying man.