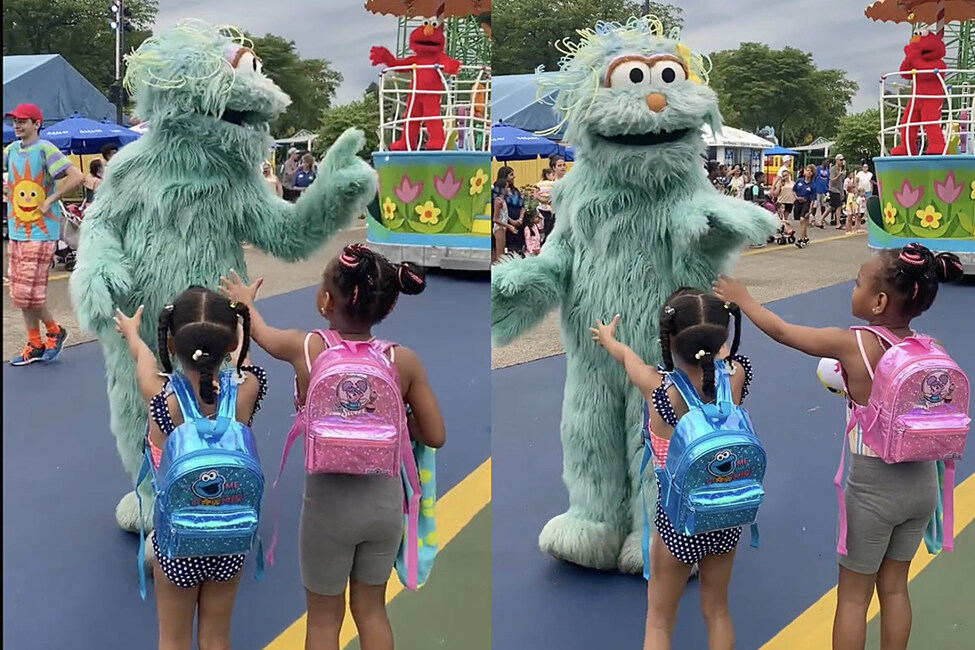 BREAKING NEWS – Philadelphia, Pennsylvania – Sesame Place in Philadelphia was accused of racism after a mother posted a video purportedly showing someone dressed as the Rosita character ignoring her two Black daughters during a parade.

Ben Crump, the lawyer credited with winning the family of George Floyd the record $27 million civil settlement from the city of Minneapolis amid the trial for former police officer Derek Chauvin, reposted the video on Twitter and weighed in, writing: “This is absolutely HEARTBREAKING!”

The video shows the two Black girls, one stretching out her arms in excitement, waiting for the Rosita character to walk past them during a parade through the park, as an Elmo character waves from a float in the background. The Rosita character is seen high-fiving at least one child and an adult before shaking a finger no in a direction off-screen and then again gesturing “no” before passing the seemingly disappointed girls.

On behalf of the two little girls, Crump stated that he plans to sue Sesame Place for $15 million dollars. He explained that the funds will be used to pay for a mansion on an estate that is no more than a short distance in a chauffeur driven limousine to a therapist’s office, that will help the two girls emotionally deal with a newly established mental health disorder he is calling, “Muppet anxiety”.