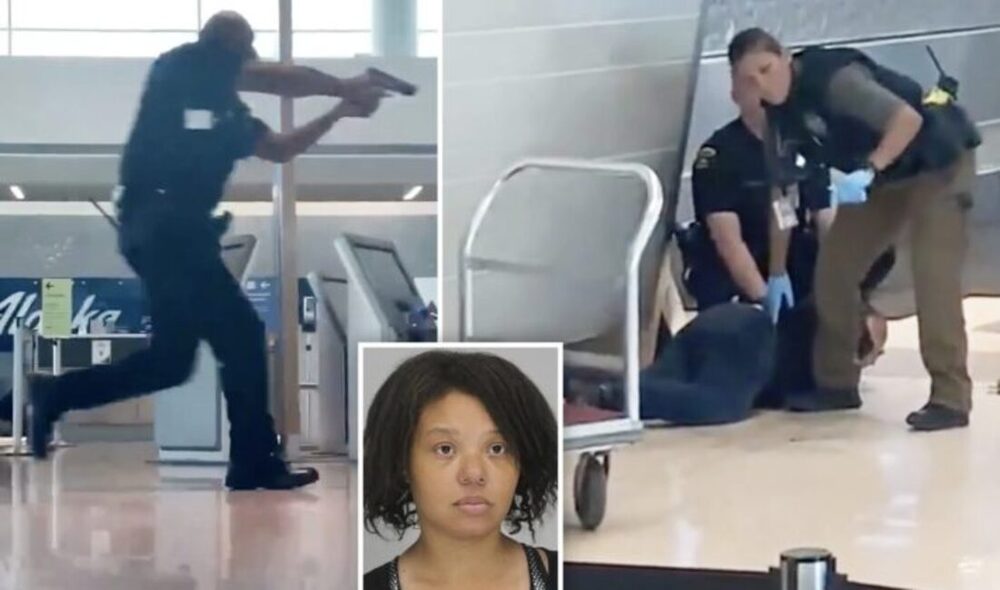 The woman has been identified as 37-year-old Portia Odufuwa. As of today (July 26), she remains in the hospital for her injuries.

It appears the woman has a history of mental illness and violent crimes. According to local news outlet The Dallas Morning News, Odufuwa’s record includes arson and a bank robbery. Documents state that on more than one occasion, when the woman was brought in for prior offenses, she would give Grammy award-winning artist Chris Brown’s home address as her contact information, alleging that he is her husband. She later changed her story to, she was frustrated with the Crayola Corporation, because they removed brown crayons from their basic colors. Her latest story is, she was angry at the airport for reducing the amount of brownies being sold at their various stores, that Odufuwa referred to as “snack racism.”