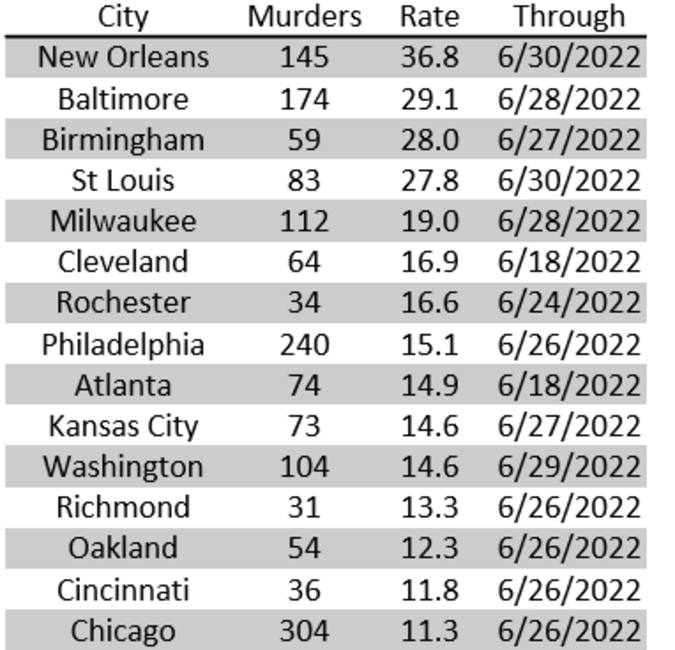 BREAKING NEWS – Washington, D.C. – There are certain U.S. cities that have consistently battled violent crime — particularly homicide — throughout the past three decades: Chicago, Philadelphia, and Baltimore. One thing that they have in common, is they are all democratic cities run by democratic mayors.

Congresswoman Alexandria Ocasio-Cortez commented on the consistency. “Of course democratic cities are more violent,” she began. “It’s because democrats are willing to express themselves when they disagree with another person. Sometimes it’s verbally, and other times it can be with with knives, guns, or explosives. Whereas, wimpy republicans will always go to a doctor or psychiatrist to get some pills to deal with their emotional issues. In my opinion, violent outbursts are mentally healthier than going to a pharmacy and getting doped up to suppress any murderous feelings.”