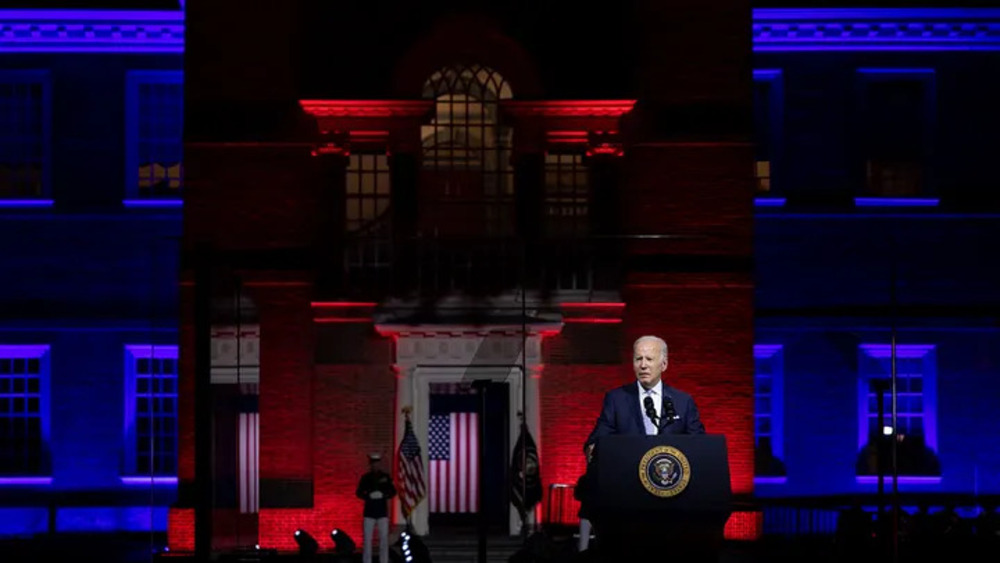 Biden aimed to frame the state of U.S. politics as a battle between “equality and democracy” and a GOP allegedly assaulting those principles in a campaign-style speech at Independence Hall in Philadelphia, with a widely criticized background that included ominous red lighting.

Biden later explained that he made the color selection because he is “sick and tired of Christians pushing their religious beliefs on everyone, while intentionally ignoring the doctrines taught at the Church of Satan.”